Arab Contributions Zaha Hadid is an internationally-acclaimed architect, renowned for her sci-fi creations. Having built some of the world’s most innovative spaces. In 2004, she became the...

END_OF_DOCUMENT_TOKEN_TO_BE_REPLACED 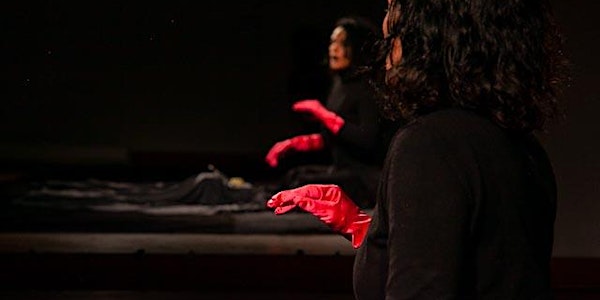 Majles Majles is a series of sound, silence and movement based workshops, audience participatory scores, and collective reflections.

Majles is a series of sound, silence and movement based workshops, audience participatory scores, and collective reflections that seek to build a new governance through individual creativity, in relationship to each other. Each Majles session convenes online the third Thursday of the month, and tends to be preceded or followed by a guided offering.

Sholeh Asgary is an Iranian born interdisciplinary sound artist, educator, and organizer who creates immersive works, performances and workshops with a particular interest in liminal spaces experienced by the viewer. A current affiliate artist-in-residence at Headlands Center for the Arts, she is also a 2020 artist-in-residence at Wassaic Project, Kala Art Institute, and Mass MoCA. Recent exhibitions, performances and screenings include ARoS Art Museum in Aarhus, Denmark, Sotheby’s Institute of Art in New York, Minnesota Street Project in San Francisco, California, and Stanford University. Her curatorial initiatives as Director of Education and Public Programs at Incline Gallery, where she also founded The Project Room, received a 2014 Alternative Exposure Grant from the Andy Warhol Foundation. Asgary received her MFA from Mills College and BA from San Francisco State University, and lectures extensively on photography at local colleges and universities.

Arab.AMP is a platform for experimental live art and music by artists of the SWANA diaspora and allied communities. Arab.AMP is curated and directed by Leyya Mona Tawil who has worked in the field of performance and music for over 23 years. Arab.AMP celebrates the plurality of SWANA voices operating in futurism, the Avant Garde and transgressive forms. Arab.AMP is nomadic, operating in partnership with venues inter/nationally. A program of ELIXIR 501c3, Arab.AMP produces tours, commissions and artistic gatherings for the community it serves.

This Arab.AMP residency program is made possible with support from the California Arts Council – Artists In Communities program.