All are welcome to join us for the launch of Stephen H. Jones’s book ‘Islam and the Liberal State’.

PLEASE NOTE THAT THIS EVENT HAS BEEN POSTPONED TO MAY 2OTH.

“Stephen Jones has produced the first book of its kind, a work that considers the interaction of political liberalism with actual lived Islam in Britain. Islam and the Liberal State is both an urgent read in these populist times and a far-reaching vision for a better future.”

You are warmly invited to the launch of Stephen H. Jones’s book ‘Islam and the Liberal State’, published by IB Tauris in November 2020. In this book Jones narrates a gradual but, he argues, decisive shift in British Islamic institutions since Muslims settled in the UK in large numbers in the 1950s. Drawing on this narrative, he makes the case for a variety of liberalism that is open to the expression of religious arguments in public and to associations between religious groups and the state.

The event will be chaired by Daniel Nilsson DeHanas and will feature an introduction from the author as well as panel responses from Alyaa Ebbiary, Yahya Birt and Khadijah Elshayyal. 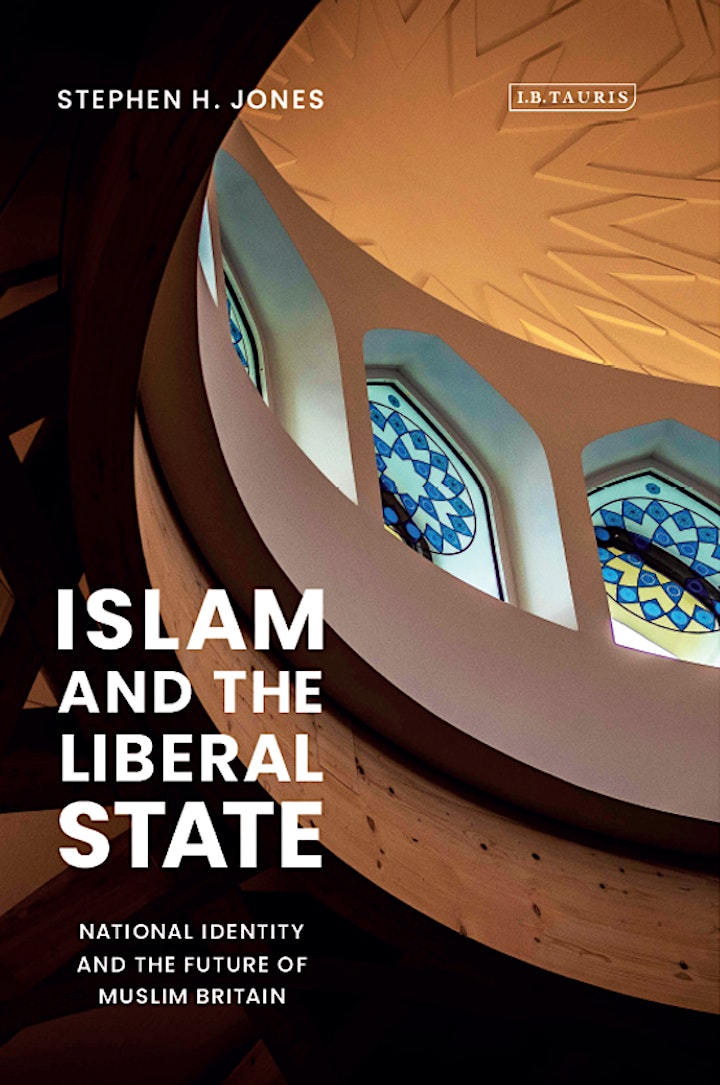