Breaking Barriers through Brave Conversations- Being Muslim in Basketball

Honest and raw conversations about equity and diversity in basketball to make the culture of basketball more inclusive as a community.

This is the inaugural event for a 5 part series facilitating honest, raw, authentic conversations about equity and diversity in basketball and how to make culture of basketball more inclusive involving various stakeholders in the community including players, coaches, and officials.

Sessions are 90 minutes: first 20 minutes is dedicated to discussing education related to equity, diversity, and inclusion (EDI) concepts in sports followed with a 70 minute discussion where we hear lived experiences from a panel of guest speakers involved in basketball within various roles including players, coaches, and officials.

Dr. Ardavan Eizadirad (@DrEizadirad) is founder and director of EDIcation Consulting offering equity, diversity, and inclusion training to organizations. He is currently an Assistant Professor in the Faculty of Education at Wilfrid Laurier University, an instructor in the School of Early Childhood Studies at Ryerson University, and in the Faculty of Social Work, Master of Teaching, and Bachelor of Education program at University of Toronto. He is an educator with the Toronto District School, author of Decolonizing Educational Assessment: Ontario Elementary Students and the EQAO, and co-editor of Equity as Praxis in Early Childhood Education and Care and International Handbook of Anti-Discriminatory Education (forthcoming 2022). Eizadirad has been officiating at various levels for 15 years including elementary, high school, college, university, OSBA championships, NBL, and international basketball with Wheelchair Basketball Canada. He is currently an active international referee for wheelchair basketball representing Canada, most recently having officiated in Lima, Peru in December 2018 at the South America Championships.Dr. Eizadirad is also on the Board of Directors for Amadeusz which provides educational programs and services for incarcerated youth and young adults.

Aycha Hamaoui was born in Toronto, Canada on May 4th, 1990 to Muslim-Lebanese immigrant parents. She is currently working as a teacher in the Toronto District School Board, coaching basketball at Humber College and the Director of Basketball Development for the NBYMP.

Saif Rehman grew up playing basketball in Scarborough. Began officiating as a university student 15 years ago. Have worked two national championships and currently officiate at the U Sports level. Currently serving as President of the Peel board.

Farhan Baig was born in Toronto and raised in the neighbourhoods of Jane and Finch and Thorncliffe Park. He completed his Bachelor of Electrical Engineering from Ryerson University and Bachelor of Education from Queen’s University. Farhan is a high school physics teacher for the York Region District School. Farhan has been involved in the game of basketball at various levels for the last 15 years:

Farhan has been fortunate to serve the game as a basketball official at the following prestigious games and tournaments:

– Officiated Duke University vs U of T on their Canadian Tour

Usman Chaudhry has worked with prominent community leaders in Rexdale and North York in Toronto to counsel troubled Muslim youth in low-income neighbourhoods. He graduated from York University with a Bachelor of Science in Kinesiology & Health Sciences. Usman has been actively playing and officiating in the Greater Toronto Area since 2004 and extensively involved in faith-based community programs, skills camps, leagues, and tournaments for youth and adults.

Muslim Basketball Association (2007-Present): coordinated leagues and tournaments for youth ages 6-17 with a focus on Islamic character, etiquette and principles, and directed skills camps and workshops.

I-slam Athletic Club: participant for 15+ years, and assisted in leading prayers and establishing a accommodating Islamic environment for Muslims and non-Muslims alike

Tawhid Basketball (2006-2019): part of men’s Muslim basketball team that has played all over Ontario as well as United States in tournaments and leagues

TwoFourFourThreeFour.com: co-founder of urban Islamic apparel company where proceeds from sales go to various community initiatives. The numbers stand for units of prayer prayed 5 times a day as per Islamic faith.

Amreen Kadwa is the founder and Executive Director of non-profit organization Hijabi Ballers. Hijabi Ballers works to increase representation and opportunities for Muslim females in sport in the Toronto area. Amreen grew up playing rugby and studied Economics and International Development at the University of Guelph. Her unique combination of skills and experience in socio-economic community development through sport and culture has allowed her to be a trailblazer for Muslim females in Toronto. She has spearheaded Hijabi Ballers to becoming a one-of-a-kind resource for all things Muslim, women and sport. Amreen loves to be engaged in her community, helping it thrive and grow in all its potential. She has also just recently begun the journey of motherhood and loves every bit of it!

What is the concept behind the series “Breaking Barriers through Brave Conversations” ?

Together we will create brave space.

Because there is no such thing as a “safe space” —

We exist in the real world.

We all carry scars and we have all caused wounds.

We seek to turn down the volume of the outside world,

We amplify voices that fight to be heard elsewhere,

We call each other to more truth and love.

We have the right to start somewhere and continue to grow.

We have the responsibility to examine what we think we know.

We will not be perfect.

This space will not be perfect.

It will not always be what we wish it to be.

It will be our brave space together,

We will work on it side by side. 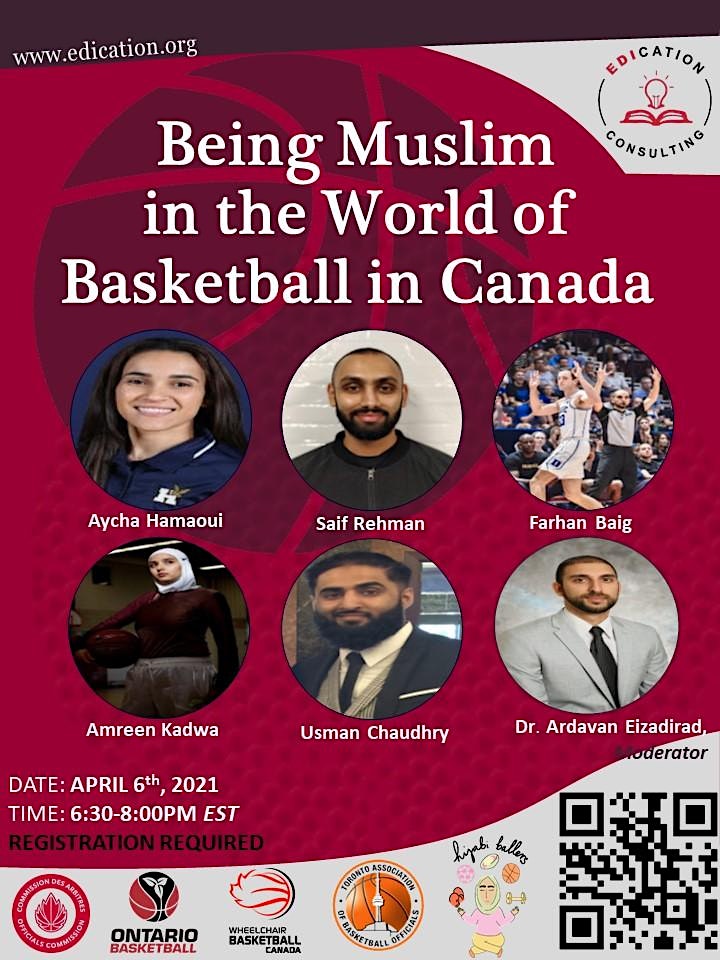 How to Teach Your Parents About Racism