In July 2014, Israel launched a 51-day assault that targeted homes, hospitals and schools and killed over 2,200 Palestinians, 1,500 of them civilians, including more than 500 children. 71 Israelis (66 of them soldiers) were also killed in the same period. In partnership with the IMEU and Just Vision, Donkeysaddle Projects produced five short videos, offering a powerful and poignant reminder of the human costs of siege and war on civilians in Gaza—while highlighting the hope that springs from the resilience of Palestinians in Gaza.

This event (the 2nd of DSP’s Freedom Film series) is a one-time opportunity to watch the stories together, with a special introduction from Fadi Abu Shammalah in Gaza, followed by a discussion with Amer Shurrab and filmmaker Jen Marlowe. 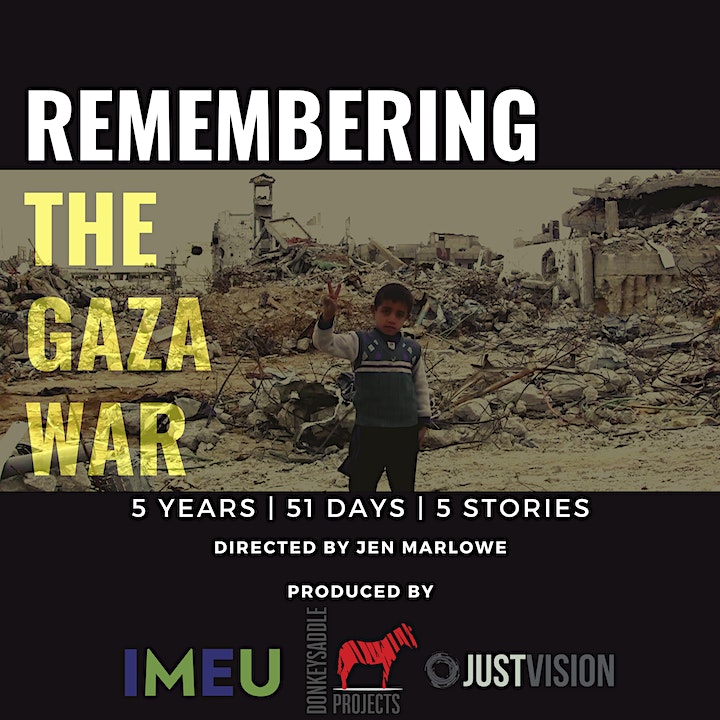 To register for this event, please click here
Donations are encouraged
Map Unavailable

Chicago Coalition for Justice in Palestine Invites You To #SaveSheikhJarrah #HandsOffJerusalem