As Lebanon continues its fight with an unprecedented cluster of crises, from economic recession to financial shortages to political deadlocks and much more; the Lebanese people find themselves falling into the poverty trap at a record speed without any signs of slowing down. The World Bank has reported that as of March 2021, about 55% of the whole Lebanese population fell under the poverty line. With a fundamentally absent government and leaders fully immersed in political quarrels and religious dissensions, civic communities are thrust to the forefront as the vanguards of the increasingly struggling Lebanese people. With a failed state, civil society remains the last chance to serve the Lebanese with their most basic necessities stretching from food and medication to hygiene and education.

In a time of challenge and despair, Charity Donation Foundation stands tall as a message of hope to a collapsing country and hopeless people. From the onset of the COVID-19 Pandemic, Charity Donation took the lead in the Bekaa; the governorate most tested by the global pandemic and whose struggles have been amplified by an unresolved refugee crisis that has been ongoing for over a decade. The Foundation swiftly developed and coordinated weekly campaigns distributed to needy families mainly at their silos in Zahle; campaigns that have consistent and enduring operations to serve the most underprivileged, with no signs of differentiation in between religious sects nor areas, of any kind. The Foundation has a long history of serving both Muslims, Christians and all sects devoid of any biases. This founding principle has turned into a message of hope in a country of extreme sectarianism that blocks the country from its mere functioning at the minimum.

With management in Washington, the on-field team remains as engaged and motivated to help and serve as ever, and in fact, their motivation has grown with the growing need on the ground in Lebanon. The team conducted more than 10 different campaigns since January 2021 with a total budget of $42,169.89 USD distributed amongst 2,109 beneficiaries and 12 NGOs in 12 different regions of the Bekaa; a big milestone for a team operating under virtual management.

One year after the August 4th Beirut Blast and Lebanon is heading towards a complete collapse. In a time where Lebanese governance is non-existent and its leadership unpresent, civil society remains as the last hope. Charity Donation Foundation’s consistent and ongoing weekly campaigns spread a message of hope and showcase the strength, resilience, and resolve of all Lebanese communities helping each other, side by side, to overcome all problems while carving new pathways for a brand new Lebanon; a Lebanon far away from divisive leaders, a Lebanon lacking sectarianism, a Lebanon with no reigning elite, but a serving society; a society that is civically engaged and ready to help, serve, and build together.

Now is the time to chip in, stand up and help what remains of Lebanon. You are the final line, people are in need of the mere basic necessities and any donation can help, please be Lebanon’s life line. 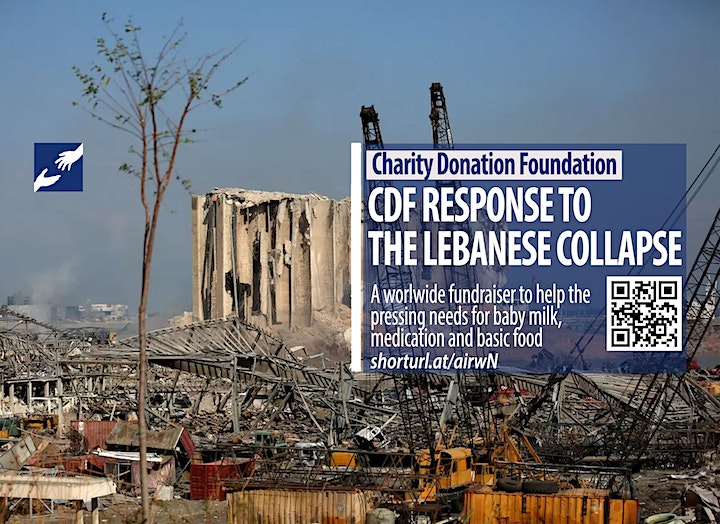 A History of the Origin of Tabbouleh : Lebanon's National Food

Samy Elmaghribi: The Life of a Moroccan Icon