July 1st marks the official beginning of the next phase of continued Zionist ethnic cleansing of Palestine. It is the anticipated starting date of the Israeli annexation plan to expropriate more Palestinian land and absorb it into the state of Israel – essentially the theft of 30% of the total territory of the West Bank. This is being done with the full support of the United States, as Trump and U.S. Secretary of State Mike Pompeo have officially stated that the U.S. will recognize the annexed territory as part of Israel. 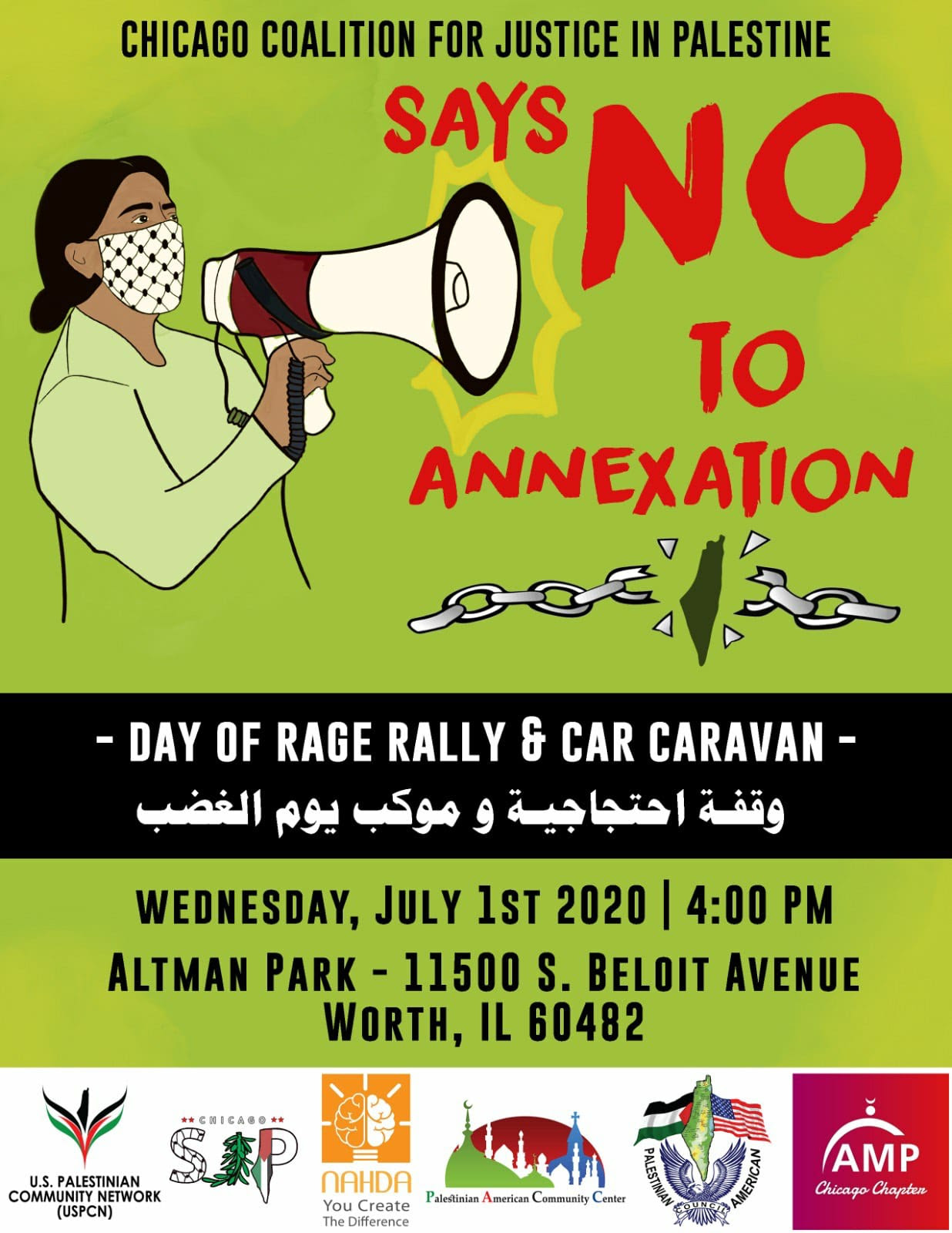 We know that the current facts on the ground are that Israel is in de facto control of all of historical Palestine. The people of the West Bank live under brutal military occupation with arrests, assassinations, and checkpoints part of their daily life. The brave people of the Gaza Strip continue to live under siege in the world’s largest open air prison, squeezed from all sides by both the Israeli government and its allies in Egypt – turning it into an uninhabitable plot of land. And our people in 1948 Palestine, what is now considered the “state of Israel,” have lived under 72 years of apartheid, barely second class citizens.

This new annexation plan is simply a continuation of the over 100 years of colonization and zionization of Palestine started by Zionist settlers at the turn of the 20th century, with the full backing of the European powers, and later, the U.S. Countless negotiations and the sham Oslo Accords have done nothing to stop the relentless ethnic cleansing of Palestine. On the contrary, the “peace process” has instead offered Israel an un-elected “partner” in the Palestinian Authority, which serves as an extension of the occupation, and represses all legitimate resistance to Israel.

Even with the full backing of the U.S., and the Palestinian Authority’s 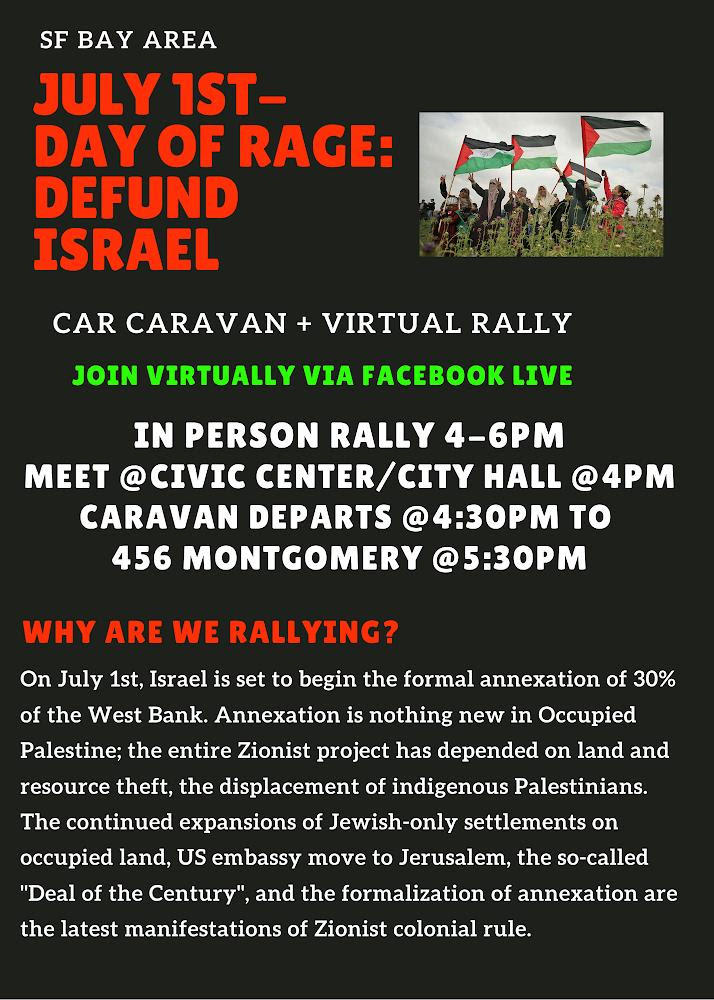 inability to take real action to stop it, the annexation plan and Trump’s “Deal of the Century” have been completely rejected by Palestinians, Arabs, and all people of conscience.

Palestinians and our supporters are calling for Days of Rage on or around July 1st, and protests are scheduled across the world, including those in Chicago, the Bay Area, New York, Santa Ana, Salt Lake City, Los Angeles, San Diego, and Miami.

We salute the Movement for Black Lives and its #JusticeForGeorgeFloyd Uprising, having participated in actions across the U.S. under the banner #Arabs4BlackLiberation. Because of this movement against white supremacy and police crimes, we are experiencing a critical moment that we must join – the call against racism and in support of the transformation of society here and in our home country.

Palestinians have been resisting Zionist Israel, Arab reactionary regimes, and U.S. imperialism for over a century, and inspired again by the Black community in the U.S., will continue our struggle against racism, annexation, occupation, and colonization – never surrendering until we win our Right of Return and national liberation. 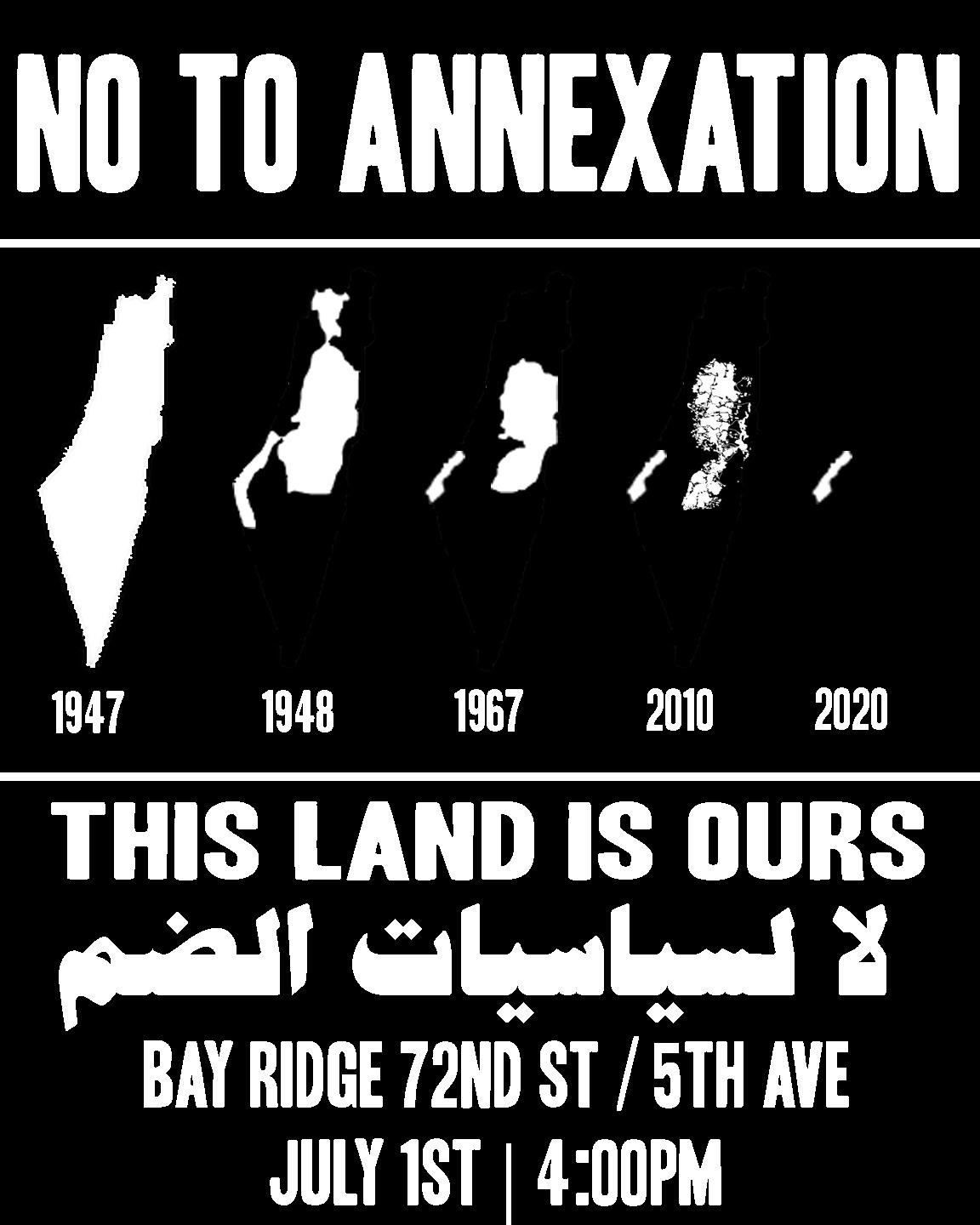 Join USPCN at the actions featured in this post (click on the images for the Facebook event pages), and everywhere else people are calling for self-determination, the Right of Return, liberation, and an end to racism, annexation, occupation, and colonization.

Until Liberation and Return,