END_OF_DOCUMENT_TOKEN_TO_BE_REPLACED

Long Live the King: The Life and Legacy of Ramesses The Great

Join an exploration of the life and legacy of Ramesses II, one the longest reigning and most famous kings of Egypt, through his art.

Join Art Muse Chloe Landis as she takes on an exploration of the life and legacy of Ramesses II, one the longest reigning and most famous pharaohs of ancient Egypt. Part of what was considered by many to be “Egypt’s Golden Age” of the New Kingdom, Ramesses ruled for 66 years and was known for his colossal building projects, expansion of Egypt’s borders, and famous battles. Together we’ll explore his life through the lens of his art and architecture, the magnificent history of his temples at Abu Simbel, and how these shaped the subsequent history of Ancient Egypt. 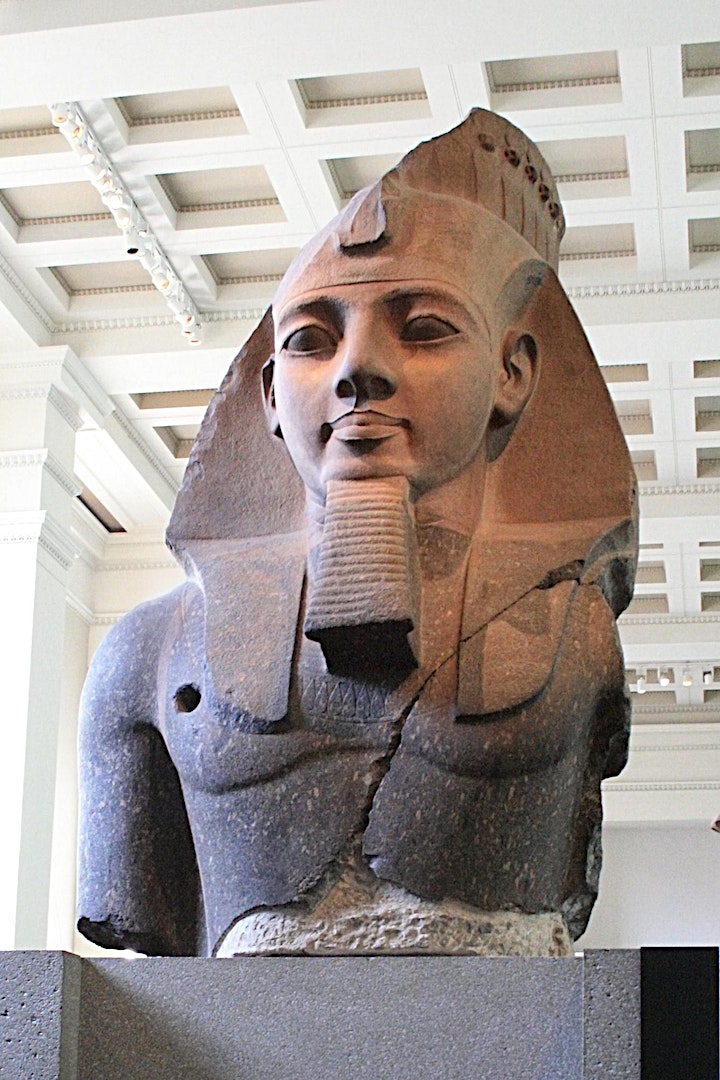 Statue of Ramesses II, the ‘Younger Memnon’. From the Ramesseum, Thebes, Egypt, 19th Dynasty, about 1250 BC. British Museum, London.