Participate in an artists’ talk with Seham Gedrabo and Amber Ross to learn about their art and process.

Participate in an artists’ talk with local Burnaby residents, Seham Gedrabo (Libya) and Amber Ross (Tr’ondëk Hwëch’in First Nation and a member of Crow Clan) and learn about their art and process.

You can view their work during the Festival outside the South Burnaby Neighbourhood House. The Many Nations Mini-Galleries consists of two moveable display cases built explicitly to display art at multiple locations throughout Burnaby.

The galleries will feature a scannable QR code to access expanded information about the art and the artists.

The United Way of Lower Mainland funded the Mini-Galleries’ construction through their Local Love funds. Emily Carr University of Art and Design has contributed finishing funds towards this project. The Mini-Galleries are currently stewarded by a resident committee and supported by the Burnaby Neighbourhood House. 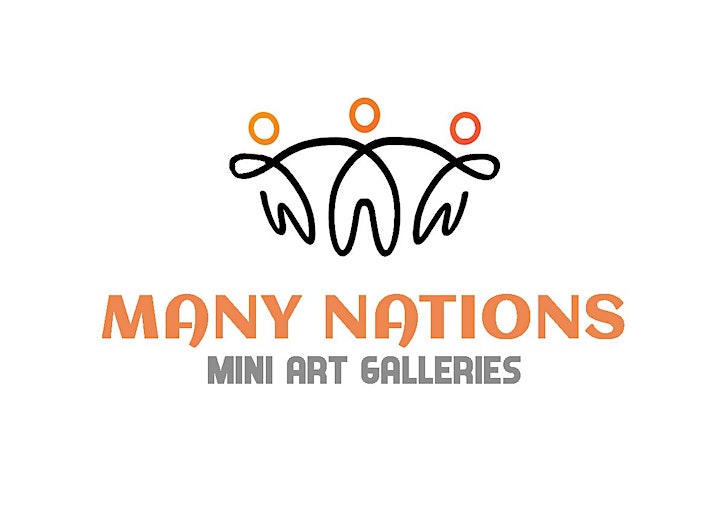 Originally from Mexico City, filmmaker and media artist Yunuen Perez Vertti moves between her first home, Burnaby, Houston, where she was based for 15 years, Mexico, her hometown, and India, her husband’s home. An independent filmmaker with a global vision, Perez Vertti has been producing films for the past 20yrs.

Her 1st short documentary, “Aparajita” The undefeated was successfully screened at Tasveer Seattle South Asian Film Festival, Topanga Film Festival, and Gulf Coast Film & Video Festival. Her passion for using art as a tool to bring the community together has led her to produced events like The Living Room Art in the Heights and, more recently, co-chairing the Stride Burnaby Art Festival’s organizing committee. Yunuen is currently the community ambassador for the Burnaby Festival of Learning and an Artist in Residence in the schools via AIRS and ArtStarts. She also leads the stewardship committee of the Many Nations Mini Galleries project. Creating experiences where the community can engage with art in an uninhibited, innovative and unexpected way is Yunuen’s current focus.

Seham Gedrabo is an artist from Libya who came to Canada in 2014. She has been a Burnaby resident for almost 4 years with her husband and four children.

Seham has been practicing art since childhood. It later grew into a passion of hers as she began to see it as a form of self-expression and escape. She received her training at the Tripoli Art Institute and continued to pursue a Bachelor of Fine Arts from Tripoli University.

Amber Ross is a visual artist from Tr’ondëk Hwëch’in First Nation and a member of Crow Clan. She was born in Whitehorse and was raised in both Alaska and the Yukon. She studies at Emily Carr University of Art and Design and is looking forward to graduating this year with a BFA majoring in printmaking. She enjoys bookmaking and finding ways to connect herself more to her Indigenous culture and identity.

The Palestinian Nakba and the Right to Freedom of Expression