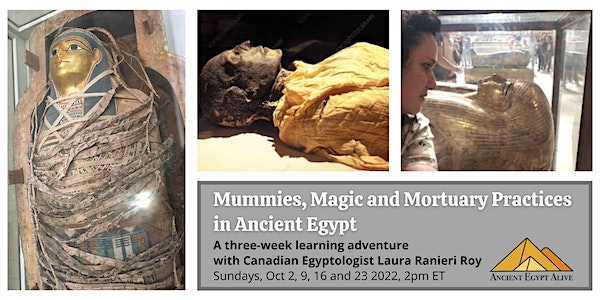 Penetrate the fascinating secrets of death in ancient Egypt and learn about their funeral practices, colourful tombs, coffins and mummies.

Get ready for some great “Mummy tales”. You’ll learn all about the fascinating Ancient Egyptian mortuary practices, funerary rituals – and have some close encounters with Egypt’s most famous mummies.

Just in time for Halloween, join Canadian Egyptologist Laura Ranieri Roy as she unwraps the mysteries of death in Ancient Egypt. In this information packed 4-part course, you will meet some famous mummies and learn about how the belief in the afterlife inspired complex funerary practices which changed and evolved over time.

Each of the four lectures will be recorded with a link, bibliography and resources sent out each week. That means if you need to miss a class, you will be able to watch it in recording. We will also get to know some mummies from each period at the end of each class. 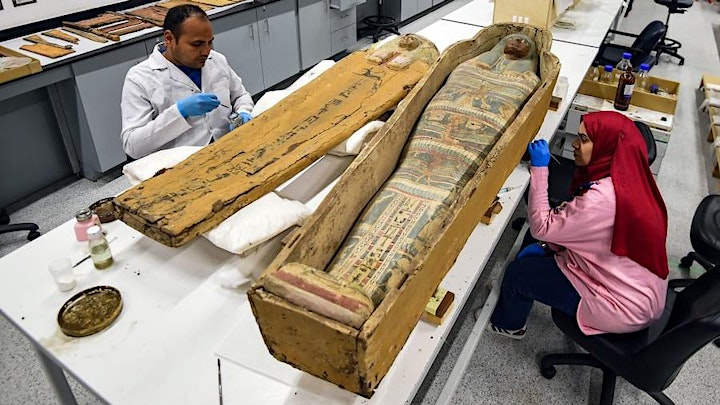 This first week we give a background to the Ancient Egyptians beliefs about the afterlife. From pyramids as regeneration machines to the advent of magical texts believed to help the deceased king in his journey to join the immovable stars in heaven. We will also look at the advent of mummification practices and investigate the unique features of Old Kingdom mummies and coffins.

2. Middle Kingdom: Age of Innovation, Coffin Decoration and the Democratization of the Afterlife (Oct 9)

One of the most exciting and creative periods of Egyptian mortuary practices unfolded during the Middle Kingdom, an age of magnificence in literature and arts. We will explore the unique wooden coffins of these times with their elaborate paintings, maps to the afterlife, magical texts – and eyes – along with the fascinating mummies inside them, always laid on their side. Tomb models and figurines will also be discussed and demystified. Finally, we will address the question: What was “The democratization of the afterlife” – and how did it manifest during these times.

3. New Kingdom: Books of the Dead, the mummification process and the glories of funerary rites and burials from the 18th to 20th Dynasties (Oct 16)

With the glorious New Kingdom, we enter the age of the famous mummies: Hatshepsut, Tiye, Tutankhamun, Seti, and red-haired Ramses the Great. This week we will hear their death, mummification and mummy survival stories – and also delve into the further development of funerary practice and burials in New Kingdom Egypt. Here, our backdrop is the great city of Thebes – Luxor, Waset. We will enter the royal burial grounds, the Valleys of the Kings, Queens, Nobles and Workers to unravel some of the mysteries of the elaborate paintings and reliefs from the “Books of Going Forth by Day”. Priestly fantasies? Or a treacherous journey through the hours of the night conveyed in a confusing array of complex imagery. So much to be explored.

In our final class, we will look at what is arguably the most diverse and fascinating period of mummification and mortuary practices. During this phase, the great craftsmen of the workmen’s village (Deir el Medina) turned their great talents from tombs to coffin arts. As Egypt declined due to a combination of economic, invasion and climate change reasons, burial customs evolved, improved—and blossomed creatively in a myriad of ways. This was also the age of animal worship. As the power of the Pharaoh waned, the animal cults rose in importance – and we will look at the mummification of animals and their role in the larger picture of Egyptian religion. 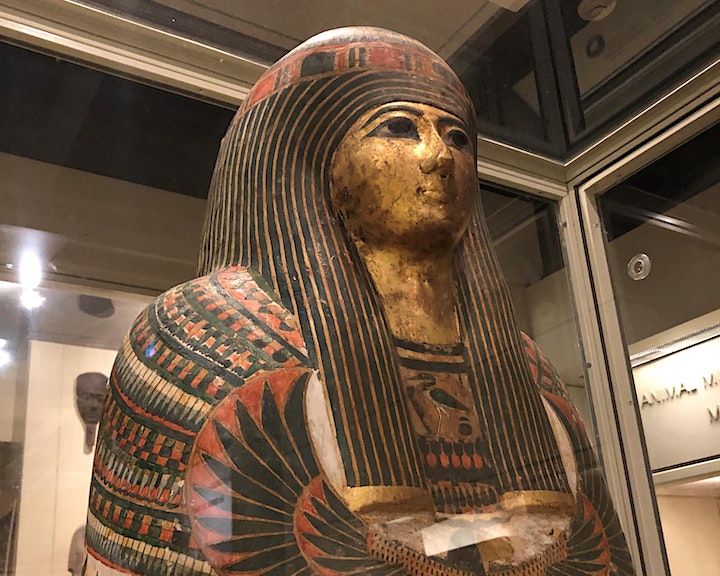 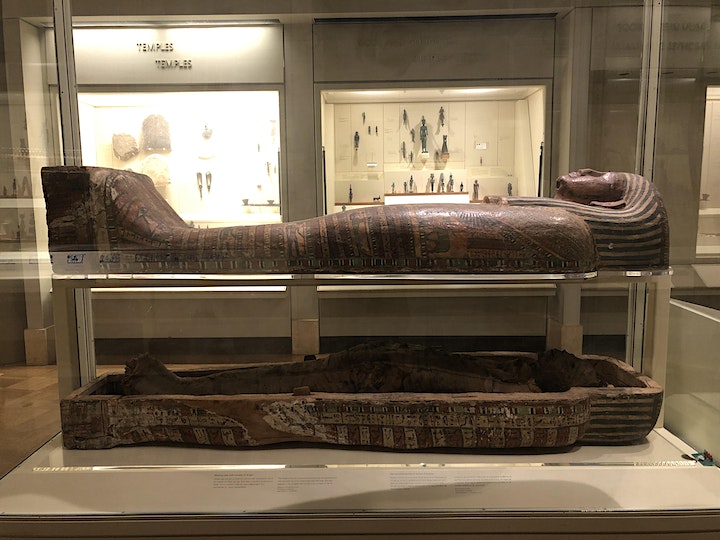 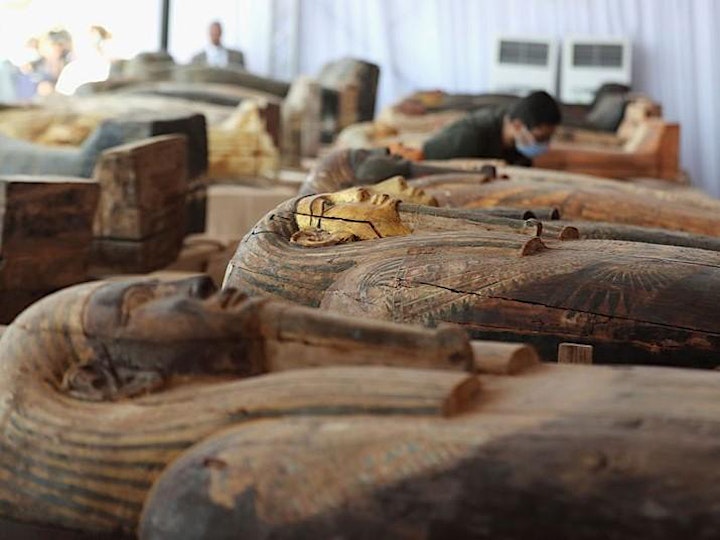 Cairo’s City of the Dead

The Story of Sheikh Imam and Poet Ahmed Fouad Negm