END_OF_DOCUMENT_TOKEN_TO_BE_REPLACED

This event is part of Celebrating Syria 2020: a Festival of Arts and Culture. For the full programme and to know more about the festival, please visit www.celebratingsyria.org

Join Rihab, an old friend of Celebrating Syria, for a musical session to listen to and learn about oud, this much-loved and most popular music instrument in the Syria and the Middle East.

Rihab will play Arabic music, tell you a bit about her journey with the oud. The daughter of an oud maker (luthier Samir Azar), Rihab will also talk you through photos of oud-making steps she witnessed in her dad’s workshop in Syria.

You might then become inspired to make some musical sounds using simple objects in your home!

Rihab was born in Homs, Syria, a very musical family. Her father, luthier Samir Azar made her first oud and started teaching her when she was 7 years old.

Later on, she continued her oud studies at the Conservatoire of Damascus, which allowed her an understanding and practice of various musical genres.

In 2014, Rihab became the first woman oudist to perform accompanied by the Syrian National Orchestra for Arabic Music. The same year marked her graduation and becoming a teacher’s assistant for music theory at the Conservatoire of Damascus.

Rihab was also the oud player of the “Syrian Female Oriental Takht” from 2006 until 2015, when she moved to the UK sponsored by the Foreign and Commonwealth Office to study an MA in Music Education at IOE-UCL.

In December 2016, Arts Council England recognised Rihab as a musician of “Exceptional Promise”, which allowed her to continue her professional pursuit from a UK base as a “Migrant Talent”.

Since 2015, Rihab has performed around the UK as a soloist and in ensembles and orchestras such as the London Sinfonietta and the newly-formed Third Orchestra. She has collaborated on several interdisciplinary, compositional and cross-genre projects and has been featured multiple times on different BBC platforms.

Rihab has strong connections with her Syrian and Arabic musical roots and has performed at iconic venues such as the SouthBank Centre, King’s Place, St. Paul’s Cathedral (Grenfell National Memorial Service), Cumberland Lodge, the British Museum, the British Library, Lambeth Palace, The National Museum of Denmark.

Rihab has contributed as a panelist, practitioner and social advocate to workshops held by Oxford, Cambridge, Westminster Universities and King’s College London.

Through her regular appearances, she has supported the causes of several community groups, organisations and initiatives active in the fields of education, migration, women empowerment and social justice.

Having had great passion for teaching music to children, Rihab had taken up numerous educational projects in Syria (2010-2015) and later on in the UK. Since 2017, she has been teaching music to primary school children in several schools in London. 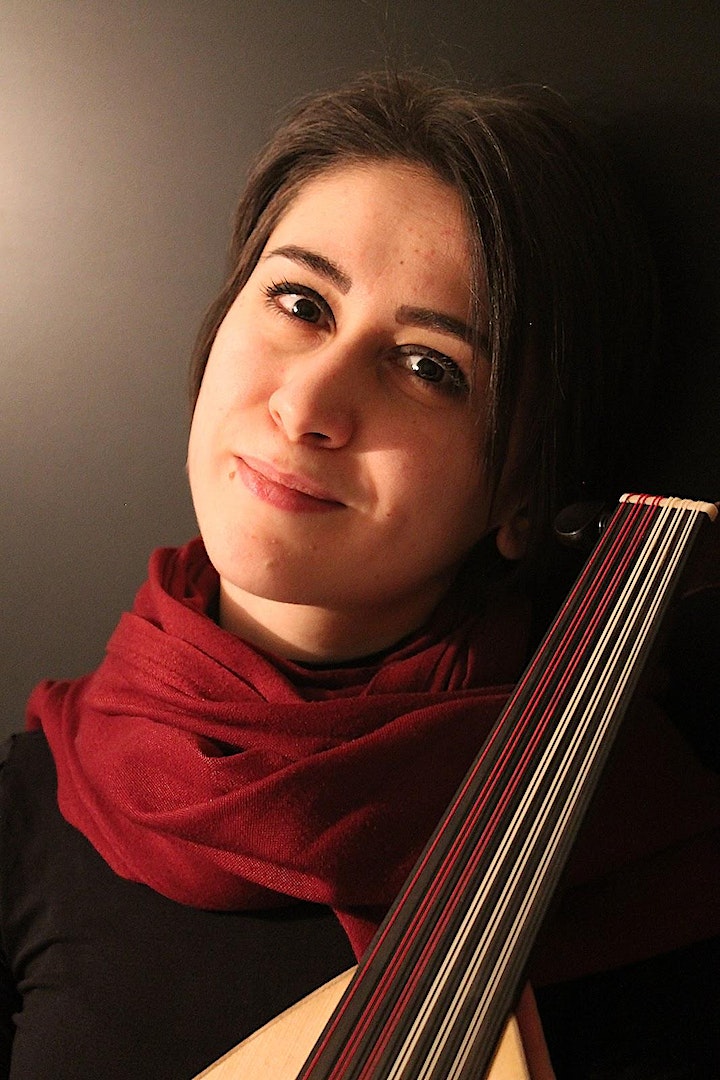 Ten Years On: Organizing in Tunisia, Egypt, and Syria

Medieval Arabic Emotions: Where We Are