Rally and March for Gaza

Rally and March for Gaza 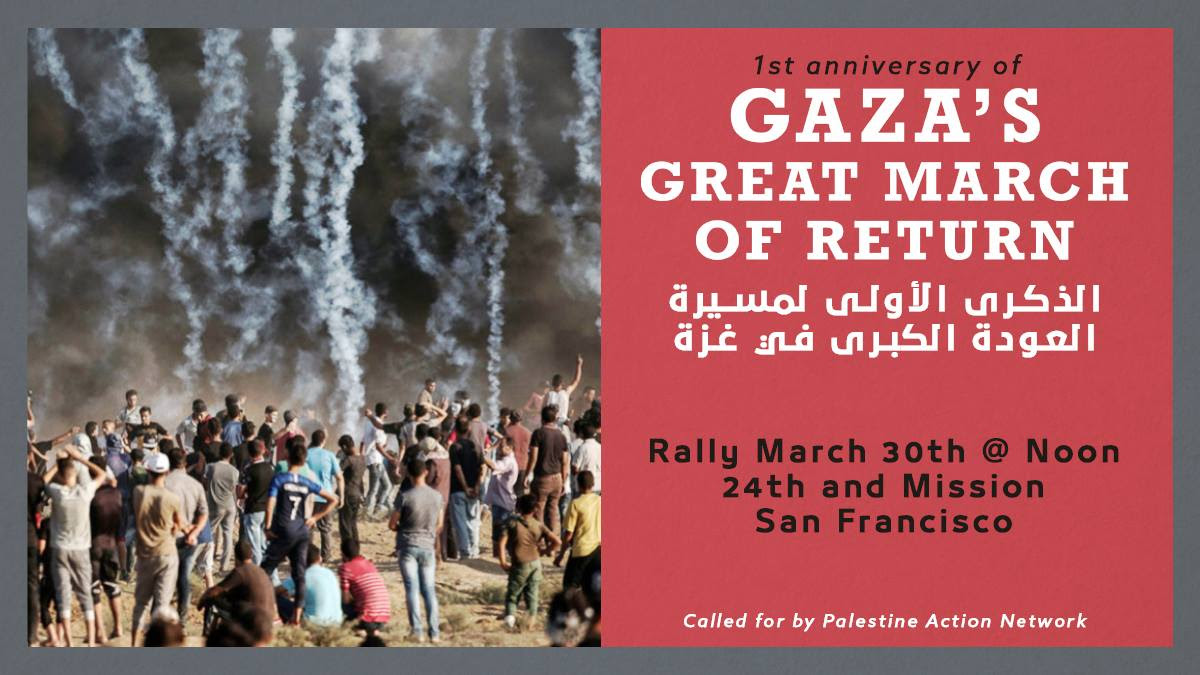 Saturday, March 30, 2019 will mark the first anniversary of the Great March of Return in Gaza and the 43rd anniversary of Land Day in Palestine. Since March 30, 2018, more than 240 Palestinians have been killed, thousands wounded by live fire and thousands more by tear gas and other weapons.

Despite being trapped inside the largest open-air prison in the world and confronting one of world’s most powerful militaries, the Palestinians in Gaza have continued their heroic resistance.

The Trump administration and the Democrat party leaders in Congress have not only supported Israel’s murderous assault, but also continued to provide the weapons to carry it out. They are seeking to criminalize the Boycott, Divestment and Sanctions Campaign.

Together with the Palestine Action Network, we are calling for a march and rally in solidarity with Gaza and the Palestinian struggle as a whole, March 30, 2019 . We will be meeting at 24th and Mission Bart station, then marching through the Mission.