END_OF_DOCUMENT_TOKEN_TO_BE_REPLACED

Join JSIL for a discussion on ‘Re-Imagining International Organisations: Trends in State Practice in the Middle East and North Africa’.

The Jindal Society of International Law and the Centre for Study of United Nations at Jindal Global Law School, are delighted to present and hold the Fall Lecture Series of 2021, titled, ‘Exploring the Ecosystem of International Law’. The lecture on‘Re-Imagining International Organisations: Trends in State Practice in the Middle East and North Africa’ is the ninth lecture in this twenty-three part lecture series, which is being held from August to November 2021.

The lowest common denominator in this Fall Lecture Series is to enhance and provide a deeper understanding of international law through international lawyers. The Society, for its Members, is a well of knowledge and a quorum of thought provoking discussions, which will be resultant of this engagement with experts aimed at exploring the ecosystem of international law. 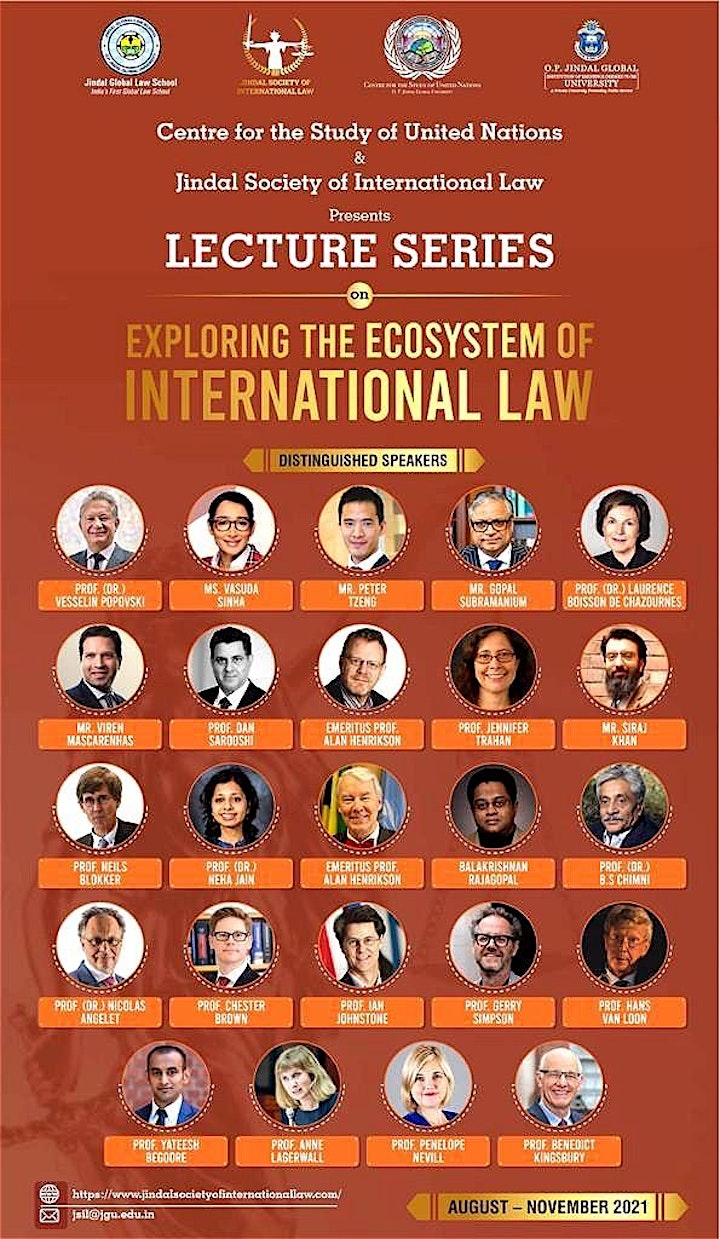 The ninth lecture of our Fall 2021 Lecture Series, ‘Exploring the Ecosystem of International Law’, is on the topic ‘Re-Imagining International Organisations: Trends in State Practice in the Middle East and North Africa’. The distinguished speaker for this lecture is Mr. Siraj Khan.

Mr. Khan is a graduate in law (2006) and was called to the Bar of England and Wales in 2010 (Inns of Court School of Law; the Honourable Society of Lincoln’s Inn, London). He holds a Masters degree in International Law (Bristol, UK) and a Research Masters’ in Islamic and Middle Eastern Studies from the University of Edinburgh. In 2011, he was appointed as a Board Member at the Scottish Legal Complaints Commission by Scotland’s Minister for Justice, the Rt. Honourable Kenny MacAskill.

Mr. Khan is currently Head of Projects for Jordan and Libya and Research Fellow (Middle East and North Africa) at the Max Planck Foundation for International Peace and the Rule of Law, heading the Foundation’s projects in Jordan and Libya. He has extensive experience of working on constitutional law, international law and Islamic law across the MENA region, including in Yemen, Sudan, Libya, Tunisia, Jordan and Palestine and several years’ experience of working on constitutional and legal transition processes in post-conflict states in the MENA region. He has also provided expertise on matters of constitutional law, public international law and Islamic law to various State bodies, international organisations and NGOs.

Mr. Khan is currently reading for his Ph.D at the University of Tübingen on the processes and challenges of the codification of Islamic law in muslim-majority countries. Mr. Khan also received training in traditional Islamic law and Islamic legal methodology and has advised on matters related to Islamic law to the Metropolitan Police in the United Kingdom, the Immigration Tribunals, the High Court of England and Wales and the Scottish Judiciary. 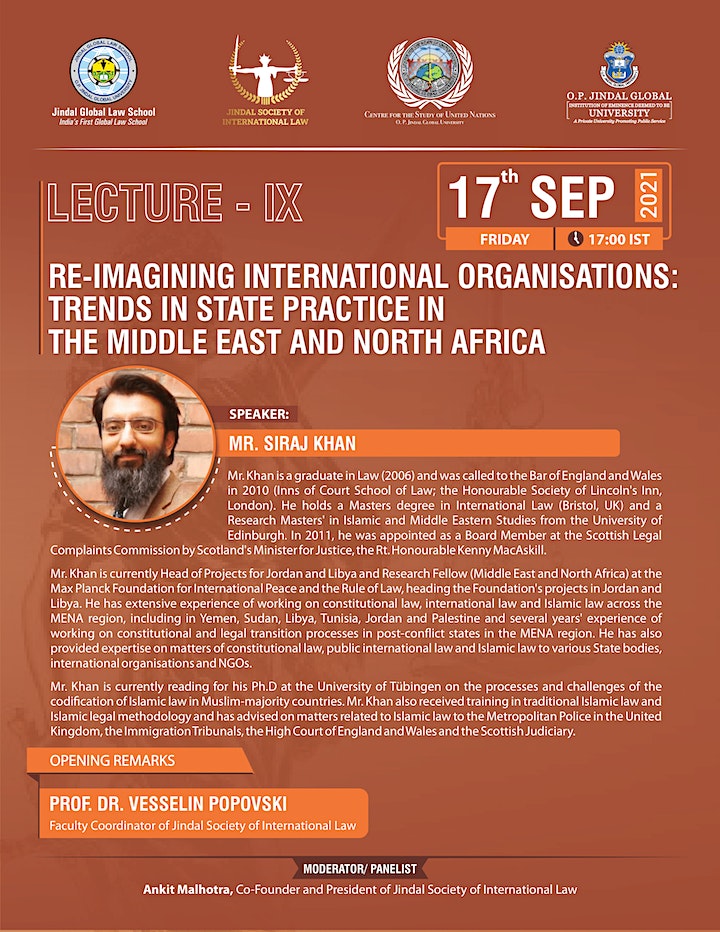 8 Amazing and Beautiful National Flowers of the Arab World

"Citizenry Anger": What Does it Mean for MENA and SWANA Americans?

The Last Nomad: Coming of Age in the Somali Desert-- Shugri Said Salh in conversation

And They Don't Stop!: Appropriating Arab Culture in Hip-Hop