END_OF_DOCUMENT_TOKEN_TO_BE_REPLACED

Ten years since the outbreak of Arab revolutions, many Arab countries remain hampered by intra-state conflicts, terrorism and geopolitical competition. At the time when many countries in the region are witnessing a wave of unprecedented violence, envisioning a process for conflict resolution and peacebuilding becomes crucial to resolve historical problems and root causes of conflicts in the region. At the core of this process comes reconciliation. In general terms, reconciliation refers to finding common grounds. It is a process of uniting divided societies and restoring broken relationships to create social cohesion. Reconciliation is an instrument for transforming conflicts in divided societies into peace. Yet, it remains largely unclear what reconciliation actually entails. This event will bring together academics and practitioners from Syria, Lebanon and Yemen to share their perspectives and work on reconciliation in divided societies. 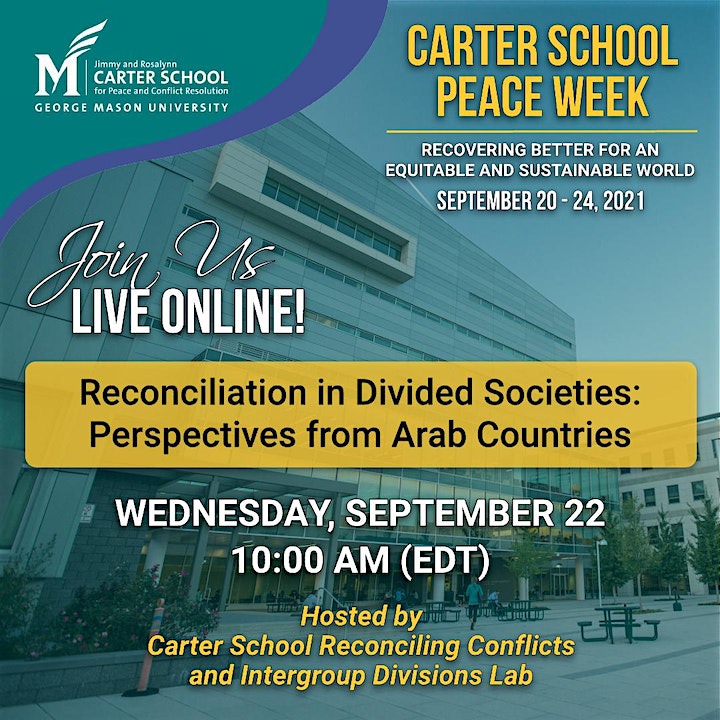 The Netflix Teen Drama That Goes Deeper Into the Arab Patriarchy

8 Amazing and Beautiful National Flowers of the Arab World