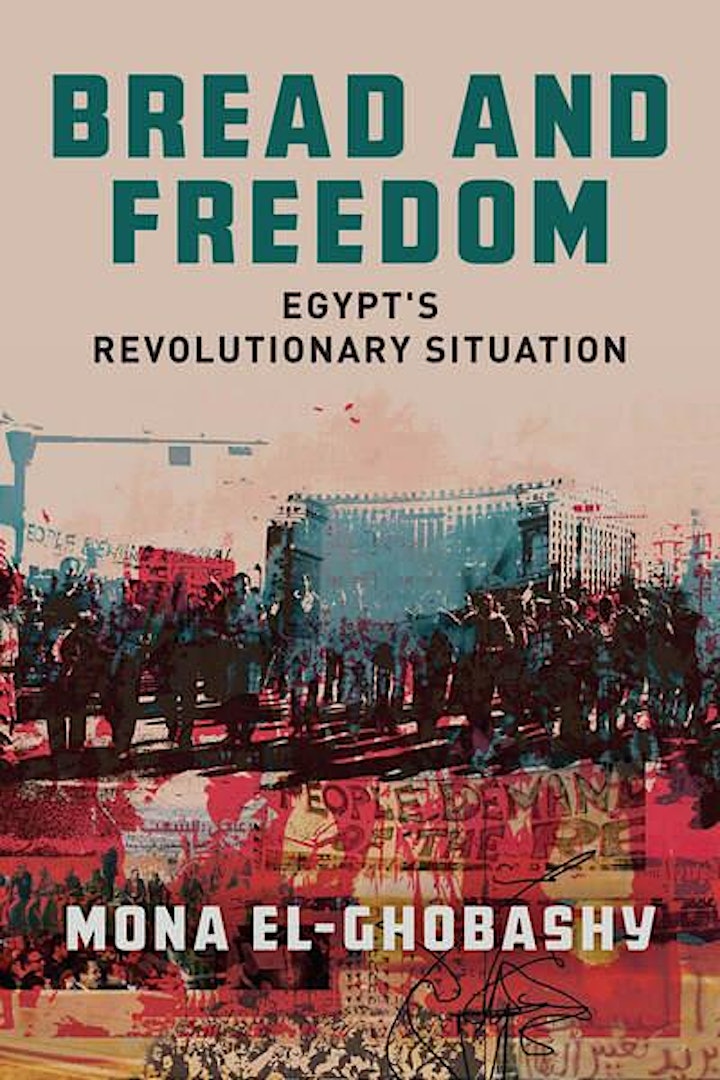 Two stories dominate how we understand Egypt’s 2011 popular uprising. One centers the military generals who assumed power after the fall of president Hosni Mubarak, arguing that the uprising never challenged their hold on the country. Another trains its sights on the civilian politicians and activists who participated in the revolt. It blames them for their debilitating divisions that enabled the military to stage a coup in 2013, extinguishing Egypt’s democratic experiment. In this talk, Mona El-Ghobashy advances a different argument about the politics of the uprising. Based on her new book, Bread and Freedom: Egypt’s Revolutionary Situation, she maps out the concrete political battles that drove the uprising, and why such conflicts are inescapable during democratic revolutions.

Dr. Mona El-Ghobashy – Clinical Assistant Professor, NYU, is a scholar of Egyptian politics whose research focuses on law and politics, varieties of protest, and limited elections in contemporary Egypt. Her work brings out the dynamics of political contestation before and after the 2011 uprising. Her book Bread and Freedom: Egypt’s Revolutionary Situation, has just been published by Stanford University Press. A recent blog post, “Reviving revolution,” is available on The Immanent Frame.

Her teaching extends beyond Egypt to compare politics across authoritarian and democratic regimes, the politics of protest and social movements, and the interplay between political history and theory.

Dr. Elizabeth Thompson – Professor and Mohamed S. Farsi Chair of Islamic Peace, SIS, is a historian of social movements and liberal constitutionalism in the Middle East, with a focus on how race and gender have conditioned foreign intervention and the application of international law. She recently published her third book: How the West Stole Democracy from the Arabs: The Syrian Arab Congress and the Destruction of its Historic Liberal-Islamic Alliance (Atlantic Monthly Press, 2020). It explores how and why Arabs gathered in Damascus after World War I to establish a democratic regime, in contrast to the prevalence of authoritarian-nationalist regimes established elsewhere in the lands of the defeated Ottoman and Habsburg Empires. The book also considers the long-term, negative consequences of the destruction of the Arab democracy, authorized by the Paris Peace Conference and enforced by the new League of Nations.

Registration will be required for this online event. Webinar details will be sent to registered participants approximately 24 hours before the event begins. In the event the venue changes, all registrants will be notified.

Find us on Facebook, LinkedIn, and Twitter for news on fellowships, research cluster events, and details on recent and forthcoming articles and books by SIS Faculty. Check out our new YouTube channel after the event for this and other event recordings!

American University is committed to accessibility. This event will be closed-captioned. If you need additional accommodations, please email sisresearch@american.edu at least 72 business hours before the event.