NMCSU’s new virtual lecture series titled Highlighting Hidden Stories: Examining the Relationship Between the African Continent and the Middle East looks to challenge the artificial boundary between these two regions, and explore the lives, experiences and role played by marginalized voices in Middle East history. This lecture series consists of a series of lectures/panel discussions taking place over the course of the year, each on a new theme and engaging with a different region of Africa.

Dr. Sami Zemni is professor in political and social sciences at the Center for Conflict and Development Studies, Ghent University (Belgium) where he coordinates and leads the Middle East and North Africa Research Group (MENARG). His area of expertise is politics within the Middle East and North Africa region, with special reference to political Islam. He focuses mainly on developments in Morocco, Tunisia, Egypt, democratization in the Arab World as well as conflict in the Arab world.

Dr. Dalia Fahmy is Associate Professor of Political Science at Long Island University and a visiting scholar at the Center for the Study of Genocide and Human Rights at Rutgers University. Dr. Fahmy’s four books: “Arab Spring: Modernity, identity, and Change,” (2020) “The Rise and Fall of The Muslim Brotherhood and the Future of Political Islam” (forthcoming), “Illiberal Intelligentsia and the Future of Egyptian Democracy” (2017), and “International Relations in a Changing World” (2017), cover her research areas. She has given several DC briefings on the future of democracy in the Middle East and has been interviewed by and written editorials in various media outlets including ABC, CBS, CBC, CNBC, CNN, MSNBC, PBS, TRT World, the Huffington Post, the Washington Post, and appears often on Aljazeera. Dr. Fahmy has won several academic awards and fellowships for her research. In 2014, Dr. Fahmy was one of the recipients of the prestigious Kleigman Prize in Political Science, was the 2016 recipient of the Newton Prize for Excellence in Teaching, and in 2017 was named NPR’s ‘Source if the Week.’ Dr. Fahmy was chosen by NYC mayor Bill De Blasio to moderate a conversation between him and London’s mayor Sadiq Khan on building inclusive communities the morning after the Chelsea terror attack in NYC. In 2020 Dr. Fahmy was awarded a $300,000 grant from the US Department of Eduction to develop a program in International Relations and Diplomacy that integrates the six UN languages.

Dr. Jonathan Wyrtzen is Associate Professor of Sociology, History, and International Affairs at Yale University. His teaching and research engages a set of related thematic areas that include empire and colonialism, state formation and non-state forms of political organization, ethnicity and nationalism, and religion and socio-political action. His work focuses on society and politics in North Africa and the Middle East, particularly with regards to interactions catalyzed by the expansion of European empires into this region.

Dr. Jens Hanssen is Associate Professor of Arab Civilization, modern Middle Eastern Studies and Mediterranean History. He is interested in the connections between intellectual trends and urban culture, the rationalities of Ottoman rule in the Arab provinces, and translation and travelling theory. He is co-editor of the OUP Handbook of Contemporary Middle Eastern and North African History, two volumes on Arabic Thought Beyond the Liberal Age. His book publications include Fin de Siècle Beirut and History, Space and Social Conflict in Beirut. 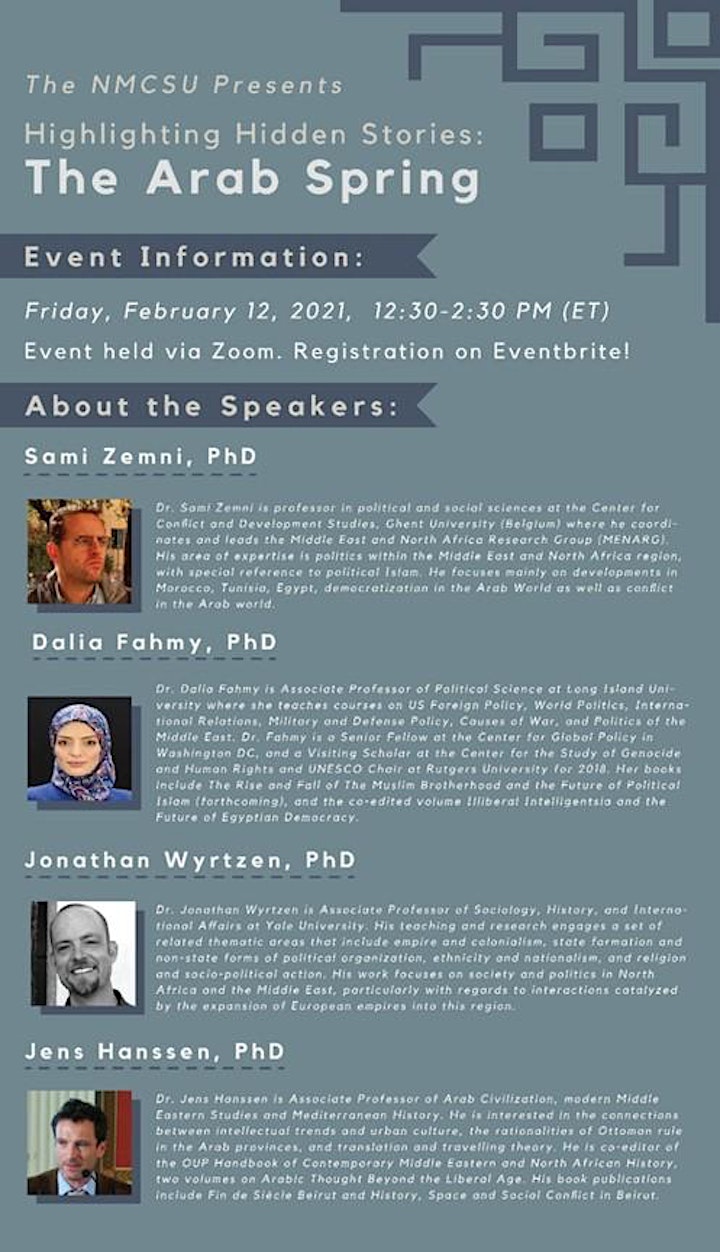 Iftar in the Park

How to Teach Your Parents About Racism