Coffee Coffee production was commercialized in Yemen by the year 1400.

Organization:
by SOAS, University of London

The Odyssey of Ajami by Professor Fallou Ngom

This keynote lecture is brought to you the Centre for African Studies and the Linguistics Department. This lecture will feature Fallou Ngom, Professor of Anthropology at Boston University. This lecture based on your recent book, entitled Muslims Beyond the Arab World: The Odyssey of Ajami and Muridiyya.

The book deals with the vibrant tradition of writing African languages with the Arabic script called ʿAjamī and the rise of the Murīdiyya Ṣūfī order of Senegal, West Africa founded by Shaykh Ahmadu Bamba Mbakke (1853–1927). The book demonstrates that the development of the ʿAjamī literary tradition and the flourishing of the Murīdiyya as one of sub-Saharan Africa’s most powerful and dynamic Ṣūfī organizations are entwined. It offers a close reading of the rich hagiographic and didactic written, recited, and chanted ʿAjamī texts of the Murīdiyya, works largely unknown to scholars. The texts describe the life and Ṣūfī odyssey of the order’s founder, his conflicts with local rulers and Muslim clerics and the French colonial administration, and the traditions and teachings he championed that permanently shaped the identity and behaviors of his followers. By analyzing Murīd ʿAjamī texts, the book evaluates the prevailing representations of the movement and offers alternative perspectives. It demonstrates how the Murīds used their written, recited, and chanted ʿAjamī materials as an effective mass communication tool to convey to the masses the poignant odyssey of Shaykh Ahamadu Bamba, his doctrine, and the virtues he stood for and cultivated among his followers (self-esteem, self-reliance, strong faith, work ethic, pursuit of excellence, determination, and nonviolence and optimism in the face of adversity), without the knowledge of the French colonial administration and many academics. The book argues that the source of the resilience, appeal, and expansion of the Murīdiyya, which has fascinated observers since its inception in 1883, lies therein.

Fallou Ngom, NEH Project Director, is Professor of Anthropology at Boston University. His research interests include the interactions between African languages and non-African languages, the adaptations of Islam in Africa, and Ajami literatures—records of African languages written in Arabic script. He seeks to understand the knowledge buried in African Ajami literatures and the historical, social, cultural, and religious heritage that has found expression in this manner. He has held Fulbright, ACLS/SSRC/NEH, and Guggenheim fellowships. His work has appeared in numerous scholarly journals, including African Studies Review, Journal of Arabic and Islamic Studies, Language Variation and Change, and International Journal of the Sociology of Language. His book, Muslims beyond the Arab World: The Odyssey of Ajami and the Muridyya (Oxford University Press, 2016), won the 2017 Melville J. Herskovits Prize for the best book in African studies.

This event is part of the Virtual SOAS Festival of Ideas, a week-long series of virtual events. The festival includes: panel discussions, student led installations, masterclasses, keynote lectures, a public debate for/against on Decolonising Knowledge and a Verbatim performance by Bhuchar Boulevard on ‘Decolonising Not Just a Buzzword’ capturing SOAS conversations about the need to decolonise its imperial mission.

Keep updated on the upcoming Virtual Festival of Ideas events and watch recordings of previous events on the SOAS website. Please contact foi@Soas.ac.uk with any questions regarding this event and/or the Virtual SOAS Festival of Ideas.

Please support SOAS Festival of Ideas by donating to our crowdfunding campaign at https://soas.hubbub.net/p/SOASFestivalofIdeas/. All proceeds go to supporting the speakers, performers, and artists involved. 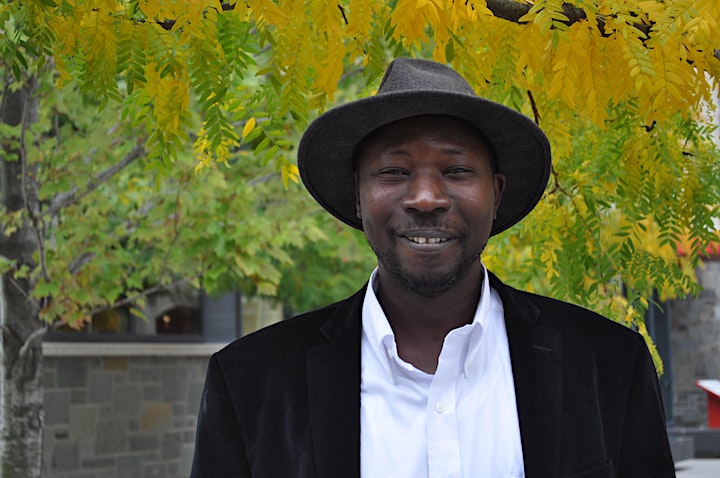