History Thomas Jefferson acquired a copy of the Quran eleven years before writing the Declaration of Independence and later obtained countless books about Middle Eastern history,...

END_OF_DOCUMENT_TOKEN_TO_BE_REPLACED

An in-depth Egyptologist led course that unravels age-old mysteries around the pyramids of Egypt. Who built them, how, when — and why?

Enduring. Confounding. Awe-Inspiring! The Great Pyramid of Khufu is the last surviving wonder of the world – and it is just one of more than 100 pyramids remaining in Egypt, an enduring symbol of eternity.

Why and when were these great structures made – what were the hidden meanings behind their magnificence? What are some of the stories around their construction — and enduring wonder through the ages?

This course, taught by Egyptology MA Laura Ranieri, will serve to dispel some of the mysteries and myths surrounding the pyramids of Egypt – and reveal some surprising truths behind these awe-inspiring edifices. Students will get an intriguing and insightful introduction to the history, architecture/design, builders and chronology of the Egyptian pyramids. We will also learn about the legendary kings, architects, archaeologists, builders and explorers who are essential players in pyramid history. We’ll also cover some exciting discovery news around pyramid archaeology, restoration — and the new Grand Egyptian Museum.

Why take it?: Inspiration, Information — and a wealth of shared insights!

This course was already run successfully in 2017 through Ryerson’s Life Institute in Toronto, and is being enhanced and updated with 2020 findings .

Laura Ranieri is an Egyptologist (University of Toronto MA 2016), writer and founder-director of Ancient Egypt Alive (www.ancientegyptalive.com) She has excavated in Egypt at the site of Amarna and Asasif – and has developed/led specialized Egyptian history tours. As an educator, she has presented extensively on ancient Egypt at museums, symposiums and libraries across North America.

In the first week we look at the evolution of pyramids. Why did Egyptians build these great structures? What was the original idea behind these wonders – and what were some of the inspirations, purposes and symbolic meanings for their construction?

The history of pyramid building in Egypt. part 1 – This week we look at the rise of the pyramid up to the end of the 4th Dynasty of Egypt in the Old Kingdom. We will visit some of the earliest and most famous pyramids and learn about their kings, architects and many fascinating design elements. Key question probed: How did the pyramid evolve over time

The history of pyramid building in Egypt – part 2. Continuing from last week, we continue with pyramids built between the 5th dynasty – and the very beginning of the New Kingdom. We will learn about some of the most intriguing later pyramids, their kings, architects and design elements. What are the reasons for the decline of the great pyramid age?

Pyramid construction: Myth and reality. This week we will take a probing look at the methods for construction employed by the pyramid builders. With the Great pyramid of Giza as our example, we will look at the materials and techniques employed in raising a great wonder of the world. We will also look at the pyramid complex – with all its sophisticated features

Pyramid builders, pyramid towns: In the 1990s archaeologists Dr. Mark Lehner and Dr. Zahi Hawass made an amazing discovery at Giza that answered many age-old questions about who built the pyramids. We will explore their findings and learn about the men behind the pyramids.

New Pyramid Discoveries — and Pyramid Exploration through the ages: In this final class, we will learn the latest discovery news out of Egypt and take a look at the new Giza Grand Egyptian Museum near the Pyramids. We’ll also take recount colourful stories of the early explorers who traveleed from far and wide – and sought to penetrate the mysteries of the pyramids. From Greek historian Herodotus through Napoleon to Sir Flinders Petrie and beyond.. we will take a whirlwind tour through the fascinating early history of pyramid exploration. 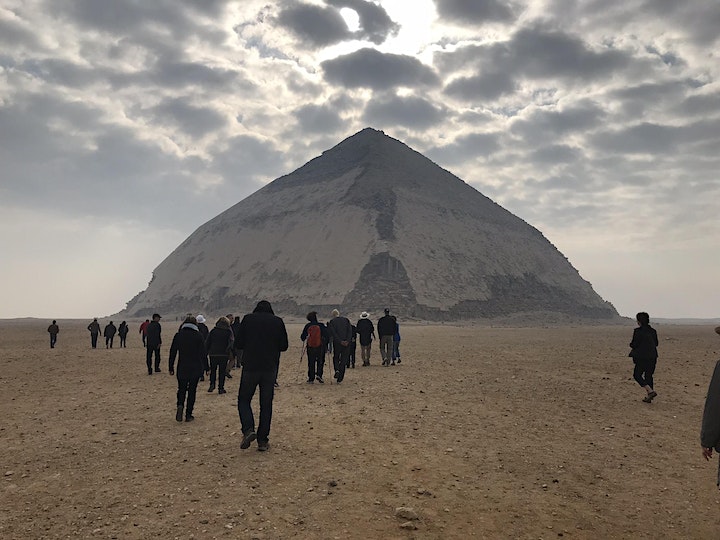 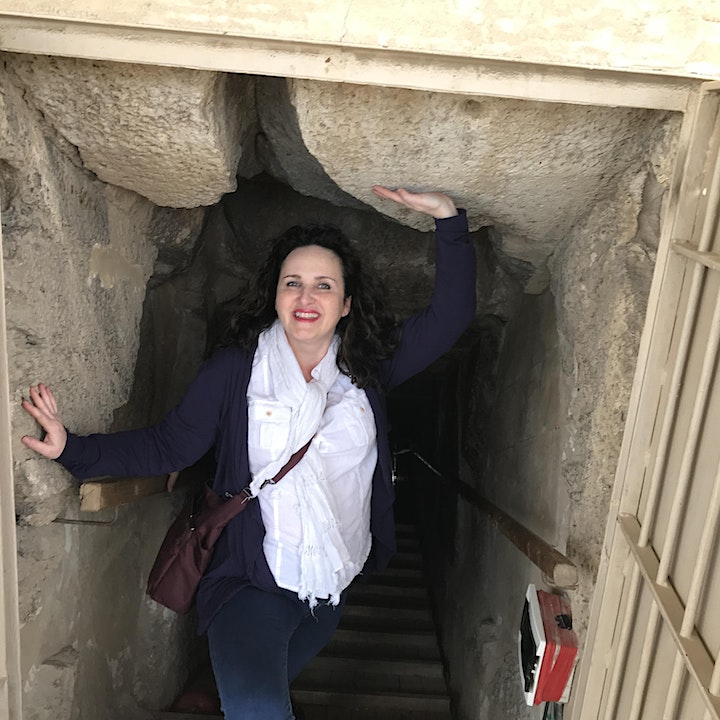 EIHS Lecture: In Defense of Damascus: A Tradition in Words

Graphic Histories Understanding the Middle East and Africa Through Comics