END_OF_DOCUMENT_TOKEN_TO_BE_REPLACED

The Sword is Not Enough: Arabs, Israelis, and the Limits of Military Force

In this talk, political scientist Jeremy Pressman assesses the usefulness of force and negotiations in the Arab and Israeli conflict.

Jeremy Pressman, associate professor of Political Science and director of Middle East Studies at the University of Connecticut, will discuss his timely new book, The Sword is Not Enough: Arabs, Israelis, and the Limits of Military Force. Drawing on historical evidence from the 1950s, the book presents and challenges the dominant belief that the use of military force leads to triumph while negotiations and concessions lead to defeat and further unwelcome challenges. The author draws on speeches, statements, and various documents to assess the usefulness of force and negotiations in the Arab and Israeli conflict. Professor Dov Waxman, director of the Y&S Nazarian Center for Israel Studies, will moderate the discussion and lead audience Q&A.

Click the link below to register and join the online event. 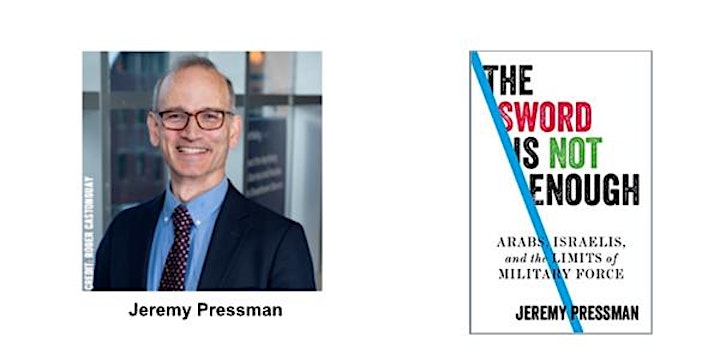 The Making of the Arab Hall at Leighton House