END_OF_DOCUMENT_TOKEN_TO_BE_REPLACED

Urbicide in Syria: The Deliberate Destruction of a Built Environment

Organization:
by University of Westminster

Dr Ammar Azzouz examines the impact of urban destruction on the lives of Syrians and explores the challenges of subsequent urban renewal.

Since 2011, the war in Syria has reshaped the lives of millions of Syrians with the displacement of more than half the population inside and outside Syria, and the severe destruction of historical and modern cities and countryside. In Homs, the third-largest city in Syria and the focus of this paper, entire neighborhoods have been turned into rubble, destroying the familiar and reshaping the urban, social and cultural fabric of the city. Based on a series of interviews with architects and urbanists who remained in Syria, and with members of the Syrian diaspora, this presentation explores the emerging relations between the urban past and present as citizens struggle to survive, to sustain lives and to envision a future. Memories of the pre-war Homs, and the surviving parts of the city, have become imagined and material places of refuge for many Homsis in the work of remembering, reflecting and seeking to reconstruct a vanished past—but also might be used to rethink the city, and to imagine its future. By engaging with Syrians, and narrating their stories in the time of war, this presentation brings the element of human agency to the question of Syrian reconstruction; a dimension that too often is lost in studies of the Syrian crisis and of cities at war. 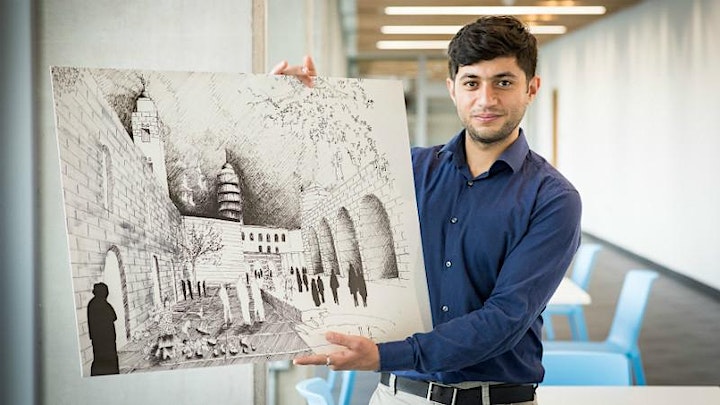 Traditional Shoes of the Arab World

Shifting sands: The UK’s role in the Middle East & the changing Intl order