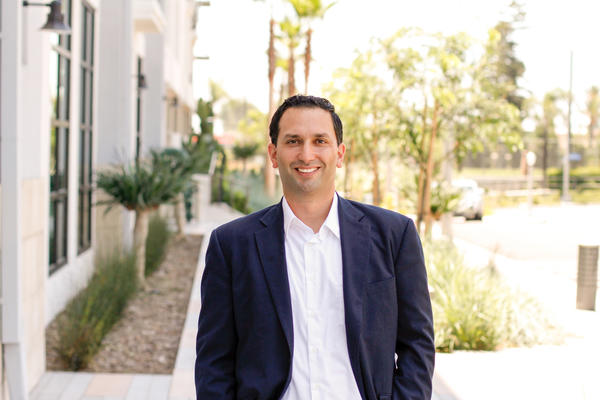 “I am running to help restore the American Dream, which has been slipping away for so many of us,” states Sam Jammal. “This is even more of a problem today given Royce’s near 100% support of President Trump’s anti-middle class agenda. Too many families I grew up with never recovered from the recession and are still struggling to get by. We need next generation leadership to bring bold ideas that are relevant to today’s economy and pave the way for the future.”

A son of Latino and Arab American immigrant parents who came to this country to work hard and build a better life, Sam worked his way through high school, college and law school. He has spent his entire career fighting to improve his community and is committed to building a better future for the next generation. Sam most recently worked as a Manager and Attorney at Tesla and, before that, as a Director at SolarCity. Prior to joining the clean energy movement, Sam was a Chief of Staff in Congress and served in the Obama Administration as a presidential appointee at the Department of Commerce. Sam began his career as a civil rights attorney at the Mexican American Legal Defense and Educational Fund (MALDEF).

“It’s time for the next generation of Latino leaders to step up,” said Cecilia Muñoz, former Director of the White House Domestic Policy Council under President Obama. “I got to know Sam early in his civil rights career as a forceful advocate for Latino children. Over the years Sam has continued to be a champion for our community on issues like making college more affordable, creating clean energy jobs, and fighting for the civil rights of all people, including our immigrant community. We need more leaders like Sam in Congress.”

“Sam Jammal is the candidate to watch in the 2018 midterm election,” said Jon Carson, former Assistant to President Obama and National Field Director for the Obama Campaign. “President Obama inspired the next generation of leaders, who are stepping up and making change at home in their communities. With Sam’s diverse background, leadership in clean energy and progressive track record, he is going to make an outstanding Member of Congress.”

The Sam Jammal for Congress campaign launched this morning with a video announcement that can be viewed at sam4congress.com.

How You Can Help the Arab World