Do you love me?

END_OF_DOCUMENT_TOKEN_TO_BE_REPLACED

Arab Reading Challenge: 5 Finalists in the Running for the Dh500,000 Prize

Dubai: The Arab Reading Champion 2019 will be declared on Wednesday, November 13, at a grand ceremony at Dubai Opera, it was announced on Saturday.

His Highness Shaikh Mohammad Bin Rashid Al Maktoum, Vice President and Prime Minister of UAE and Ruler of Dubai, revealed the winner announcement date for the 4th edition of the Arab Reading Challenge.

We celebrate more than 13 million students in the Arab Reading Challenge, the largest Arab knowledge initiative. We are stronger with Arab youth who believe in the power of words. 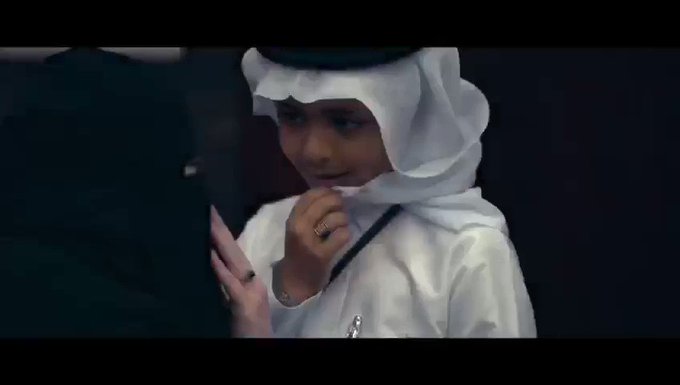 453 people are talking about this

On his social media platforms, he said: “We celebrate more than 13 million students in the Arab Reading Challenge, the largest Arab knowledge initiative. We are stronger with Arab youth who believe in the power of words.”

Under the patronage of Shaikh Mohammad, the Arab Reading Champion 2019 will be declared on Wednesday. Viewers across the world can watch the final awards ceremony live from Dubai Opera on MBC1.

Five contestants, shortlisted from 16 semi-finalists, are running up for the grand prize after several elimination stages marked through the challenge’s reality TV show.

This year’s Arab Reading Champion will take home Dh500,000 after outperforming 13.5 million students who received support from 99,000 supervisors from 67,000 schools across 49 countries.

Over 3,000 delegates, officials, families, students and school faculties across the world are expected to attend the grand celebration, which will announce the Arab Reading Champion, Outstanding Supervisor, and Best School, giving away a total of Dh11 million worth of prizes after a year-long season of competitions.

He added: “The Arab Reading Challenge reflects the vision of [Shaikh Mohammad] to build future enlightened generations capable of improving their lives through knowledge and contributing to achieving sustainable development of their societies.”

He noted that this vision is implemented through the overarching MBRGI, which oversees the Arab Reading Challenge as part of its programmes dedicated to its ‘Spreading Education and Knowledge’ programme, which benefitted over 41 million people across the world in 2018, with a total expenditure that amounted to Dh628 million.

Education ministers across the Arab world commended the participants, regardless of the competition phase they had reached.

Jameela Al Muhairi, Minister of State for Public Education, noted her pride in national winner Mezna Najeeb for representing the UAE in the semi-finals. “She demonstrated sharp intellect, great knowledge and openness to constructive criticism despite being the youngest semi-finalist of 10 years old,” Al Muahiri said.

“Among the strategic goals of the challenge is to develop public awareness about the importance of reading and enrich the school environment with tools necessary to create constructive dialogue and a generation of innovative thinkers,” added Al Muhairi.

Abdul Hakim Belabed, Minister of National Education in Algeria, said the national contestant Naima Kabir’s participation in the finals brings pride to every Algerian student and reader. “Our champion Naima Kabir is a great example of enlightened, educated and persistent Arab youth.”

Hamed Al Azmi, Kuwait’s Minister of Education, praised the performance of national finalist Abdul Aziz Al Khaldi in demonstrating and representing the knowledge and morals of the Kuwaiti youth.

He said: “In a short period of time, the challenge attracted millions of students to practice reading as a daily habit, creating a positive and effective impact on the knowledge scene in the Arab world. We have seen this impact through the constant increase of participations year after year.”

Al Azmi also created a spirit of healthy competition among participants, while fostering the principle of accepting differences. “Regardless of the phase students reached in this challenge, they remain winners in taking the initiative of learning and becoming better versions of themselves to represent their countries in the best way possible.”

Everyone is a winner

He hopes the title this year would go to the Moroccan finalist after her compatriot Mariam Amjoun was declared as the winner at nine years of age last year.

“Once students pick up one book, they’re winners. No one can lose with gaining knowledge that equips people with necessary life skills to build a brighter future.”

Dr Tahani Al Beiz, Undersecretary for Educational Programs in Saudi Arabia, said: “The challenge was launched with the firm belief that young Arabs are driven to gain knowledge and improve their skills to work harder for a better future for the country. And our young people did not disappoint. They actually exceeded our expectations.”

She added that finalist Jumana Al Malki presents a role model for young Saudis. “She has given the right image of Saudi’s enlightened and passionate youth who believe that they can bring the positive difference they strive for.”

The seventh episode of the Arab Reading Challenge TV show saw the seven remaining contestants partake one last challenge to reach the finals. They had to convince the judging panel, in one minute, of the factors that make them eligible to move to the final stage of the competition.

Contestants were evaluated based on their ability to demonstrate their knowledge, communication skills and articulation of the Arabic language.

The MBRGI has transformed the semi-finals of this year’s challenge into an eight-episode weekly reality TV show that showcased the journey of 16 contestants from 14 countries towards the prize. The show enabled millions of Arab views to watch the progress of their national winners as they partake series of challenges and present their diverse skills in hopes to win the title.