Have you ever wondered where the style of sword dancing originated from? Welcome to the ancient practice known as Ardah! Ardah is the traditional and folkloric group dance which originates from Arabia. It is even known as the national dance of Saudi Arabia. It is honestly an amazing performance to behold and deserves its recognition. So behold Ardah!

The history of Ardah is an old and powerful one. Traditionally, it is performed by only men due to its origins. It began with the male tribes of the central Nejd Region. This is why Ardah is also called Al-Ardha Al-Najdiyah in remembrance of its roots and respect to the tribes. One of the tribes involved is known as the Bedouins.

The central Nejd Region is in the center of Saudia Arabia and holds a third of its population. It was a warrior dance in which to be performed to encourage their brave soldiers. They were ready to risk their lives in ferocious battles in which the Ardah gave them the energy to proceed. Today Ardah is performed in remembrance of those noble warriors, but also in celebration.

How is Ardah Actually Performed?

A certain type of clothing is required when performing Ardah. The special garment is known as Daghla. It is also supposed to be accompanied by a sword in the right hand and a pistol around the waist in a holster.

Usually, Ardah is performed with two groups of people lined up in front of each other. Each group’s members are extremely close to each other to the point that their shoulders are touching. A poet then starts to pronounce verses which can be of various poems based on the type of event that is being celebrated. The two groups of people repeat the verses back at the poet.

Behind the performers of Ardah, there are usually musicians. Various types of wind instruments like trombones, clarinets, and flutes can be seen. There will almost always be a drummer as the performers use the beat of the drum to control and unify their movement. The drummers use a special drum called a Takhmeer. The performers do multiple movements that can be extraneous to their bodies, but beautiful to see. They do knee raises, they lift their swords in the air with swiftness and joy, they even sway side to side while moving back and forth in unison. All of this together produces a spectacular and mystical performance. I myself hope to be able to see an authentic Ardah dance be performed one day! 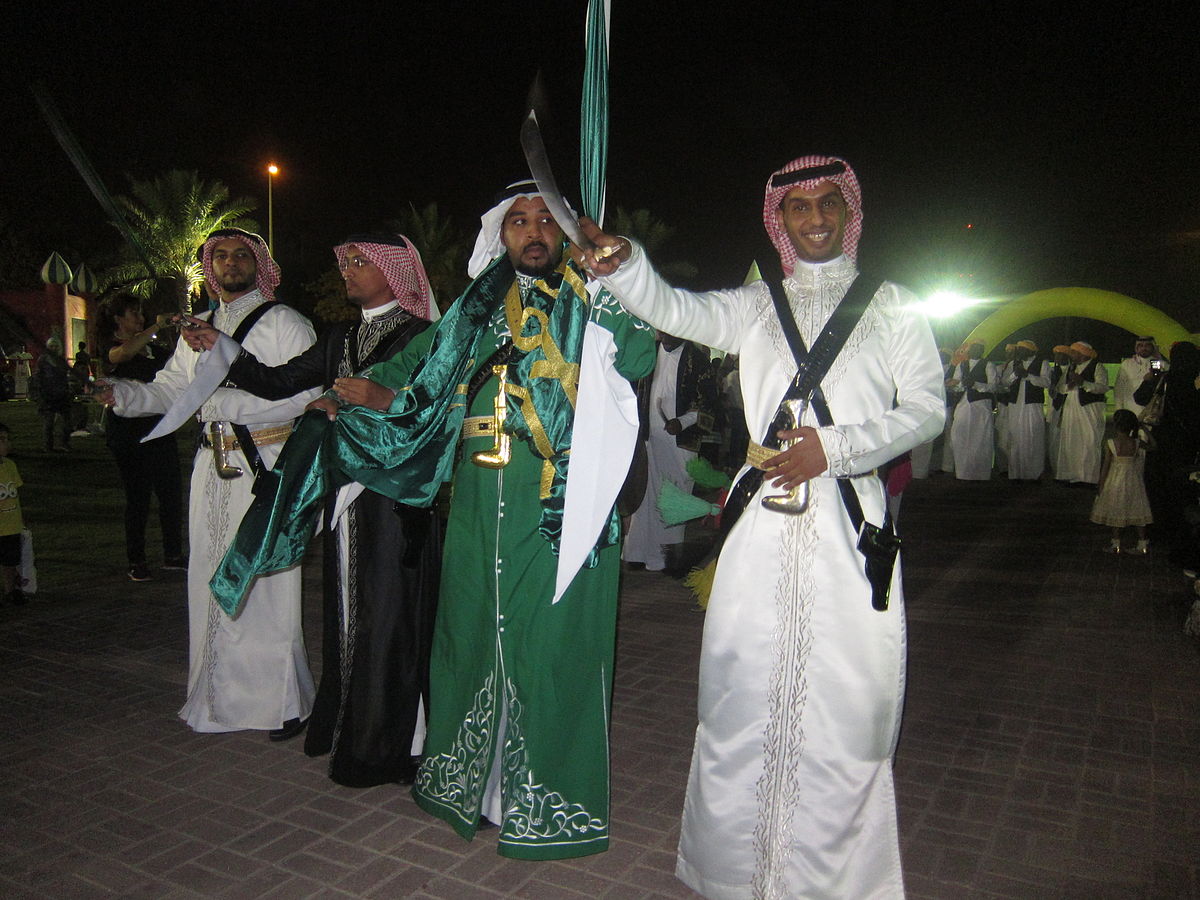 As I mentioned before even presidents get involved with Ardah!

Here we have George W. Bush performing Ardhah. This was in 2015 and, as you can see, they are all lined up as the traditional dance dictates. Two French presidents, Nicolas Sarkozy, and Francois Hollande have also performed the sword dance. This is usually as a sign as respect by the president in their visit to Saudi Arabia. However, controversially, Trump was also seen performing Ardah in Saudi Arabia.

In the end, Ardah is a fascinating and lovely dance. I love its history as much as its performance. The way it is used in celebration is uplifting. I myself find that I would like to learn its ways. Hopefully, I can find a group to do it with!

With Roe Overthrown, Even a few Arab and Muslim Countries now more Tolerant of Abortion than many U.S. States

A Circle of Healing Through Middle Eastern Dance