END_OF_DOCUMENT_TOKEN_TO_BE_REPLACED

Island of Rabbits : A Lebanese Gem in the North of Lebanon

The breathtaking Mediterranean Coast with green valleys and clear beaches make Lebanon a perfect destination. Lebanon is very famous for its amazing beaches and weather. However, there is one island that most tourists and visitors never know about. The Island of Rabbits known as Palm Island or Jazirit El Aranib in Arabic is located in north Lebanon, Tripoli, which is only a 2-hour trip away from Beirut.

Why is it called Island of Rabbits?

Palm Island is called Rabbit Island  or Island of Rabbits, simply because it used to be a breeding place for Rabbits during the French mandate in the early 20th century. They were bred there for hunting. Their holes and droppings are still visible on the island although it does not include Rabbits anymore. Rabbits have been removed for environmental reasons: because simply they were threatening very important plants. There are, however, other animals you can spot like green turtles, monk seals and several species of birds. It is the home of the endangered loggerhead turtles and 156 species of birds.

What are the characteristics of Rabbit Island ?

Palm Island is characterized by its flat terrain, it covers an area of 180,796 square meters (1,946,070 square feet). The island’s highest point is at 6 meters (20 feet) above sea level. Its rocky shoreline extends from the northwest to the south, while its sandy beaches lay at the northern and eastern faces. The middle of the island is earthen, it contains evidence of past periods of human occupation. Such as a freshwater well, an old  salt evaporation pond, baths from the 13th century, and the remains of a Crusader church.

Historical Information about the Island

Declared as a protected area by UNESCO in 1992, camping, fire building or other depredation is forbidden. In addition to its scenic landscape, Palm Island is also a cultural heritage site. Evidence for human occupation, dated back to the Crusader period, was uncovered during 1973 excavations by the General Directorate of Antiquities. The first excavation of Palm Island was undertaken in October 1973 and revealed the foundations of several buildings dating to the Crusades in which earlier architectural elements, such as column drums and fragments of capitals had been re-used.

The Crusaders built a church upon the largest island. And then in 1224 Alice of Champagne, the queen of Cyprus came to Lebanon to marry Bohemond V of Antioch, the ruler of Antioch a Crusader State. Their royal wedding took place in this church, but years later this Island became a scene for a bloody massacre after the entrance of the Mamelukes to Tripoli in 1289. The island got abandoned after that for a couple of years, after it became a place for the French mandate, and then a touristic place in Lebanon after its independence in 1943. 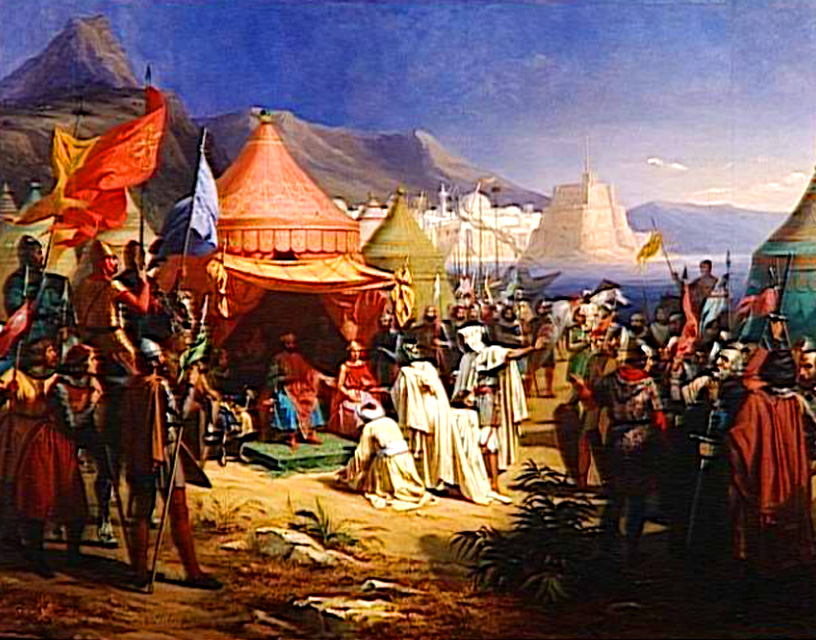 The Dance of the Middle East

MetLiveArts—Faraj Abyad: The Loyalty of the Poet