Do you speak Arabic?

Masgouf: An ancient dish withstanding the test of time 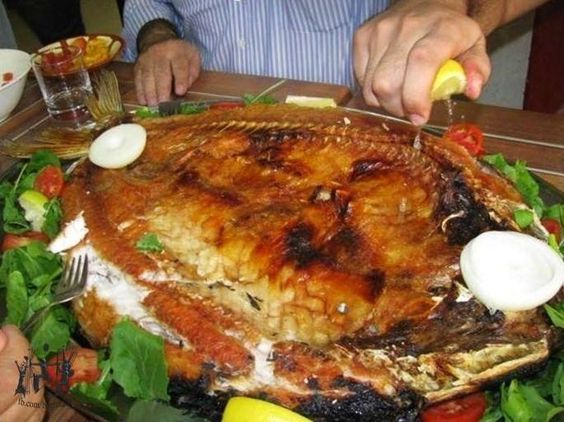 The world cannot overlook Iraq as a home to ancient recipes still being used today to bring people together. At the top of the list of Iraq’s finest meals is masgouf, a Mesopotamian meal consisting of grilled carp. Originating in the basin of the Tigris and Euphrates rivers, masgouf has been around since the Babylonian times. Today, masgouf can be seen all over Iraq in fish markets and restaurants along the basin.

Masgouf’s popularity has made it the national dish of Iraq, and it is often served to foreign delegations because of its lasting impression. The flavorful and aromatic dish can be found in the streets of Iraq, where the fish is often caught that day and kept alive until ordered. Iraqis living in the diasporas, such as in America and other parts of the Arab world, have continued to cook carp over fire in their storefronts and homes.

People love the crispy texture of the fish, which is created by cooking it on a stick or a fire, or on a bar-b-que/grill. Then, the fish is garnished with lemons, creating an irresistible flavor out of simple ingredients. Variations of the dish include spices, such as turmeric and tamarind.

Masgouf has gained a reputation as a healthy dish, too, because it is not fried and the long cooking time makes all the fat burn off. To make this dish at home, try the recipe below or follow the video instructions.

Watch this video to see traditional Masgouf being made!