What Arab Inventions has the West Taken?

To this day, Arab inventors have proven to be great contributors to the US innovation system, but what you may not know is before Europeans took credit for their translations, Arab and Islamic science had been a primary influence on Western science all throughout ancient history.  During the rise of the Islamic civilization, Europe was at an early stage in its technological status, whereas the Islamic world was at its cultural peak. For almost all branches of technology, “the best products available to the West were those of the Near East, the West had little to bring to the East. The technological movement was in the other direction.” The Islamic civilization supplied information and ideas to many of its innovations to Europe, including astronomy, mathematics, science, medicine, and many others. 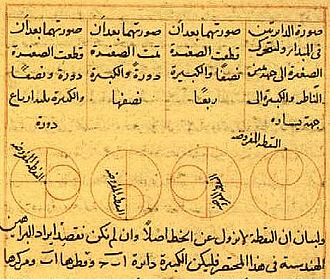 Al-Khwarizmi a Persian scholar who produced works in mathematics, geography, and astrology had a great influence in mathematics in Europe. Al-Khwarizmi discovered zero and dedicated his works to numerals like 1, 2, 3 and 4 which were used in the Arab world and much easier than Roman numerals which were being used in the West. In fact, in addition to numbers, most algebra works in Europe were translations of al-Khwarizmi’s work as well. In addition to al-Khwarizmi, Leonardo Fibonacci complied his book Liber abaci which presented the first complete European account of Arabic numerals and the Hindu-Arabic numeral system.

Numerous technologies in the Arab/Islamic world were adopted in European medieval technology. The Greek astrolabe, for example, was initially developed by Arab astronomers to identify stars or planets. Arab inventors took such innovations and created various surgical instruments, gearing for mechanical clocks, automata, and more. The importation of both the ancient and new technology from the Middle East to Europe represented “one of the largest technology transfers in world history.”

The Arabic systems in irrigation had migrated to Spain, in the kingdom of Granada. “There is a unanimous opinion among historians that the present Spanish irrigation systems of Valencia and Andalusia are of Muslim origin.” These systems of irrigation had then from Spain migrated to America, where they are practiced in San Antonio Texas.

Islamic scholars and doctors translated medical texts from all over the world including, Greeks, Persians, Romans, and Indians. They not only collected all this knowledge but had also translated it into Arabic, adding their own medical observations and methods. In Europe around the 12thcentury, the medical practice had plateaued with few new discoveries or methods. However, when new translations and observations from the Arab world came into their hands, Western medicine took a few steps forward. Arab doctors brought new ideas, insights, methods, and advances to European medicine including doctor training, blood circulation, anatomy, treatment of infectious diseases, surgery, and more. In the 10thcentury, Arab doctor Al-Zahrawi established the basis of surgery in Al-Andalus in Cordoba. He invented over 200 surgical instruments, like forceps, scalpels, surgical needles, etc. Muslim doctors did post-mortems and human dissection. Surgeons anesthetized patients before surgery and had isolation units in hospitals for those who had contagious diseases.

The many Islamic achievements brought by Arab scientists and doctors essentially formed the basis of modern medicine today.

Middle Eastern, South Asian and African studies professor George Saliba from Columbia University lectures mainly on science in the Islamic civilization and even goes into how the ideas were taken when translated and adopted by Europeans. He talks about how the links to Muslim scholars through these stolen inventions or ideas are only beginning to come out in recent times. “There was at the beginning in the 16thcentury an interest in Europe to collect and to gather Arabic manuscripts, particularly scientific manuscripts,” Saliba mentions. “They were not in the project of writing the history of Islamic science, but they did it as a second interest,” Saliba explains how Europeans took their translations for themselves not focused on the origins. This can relate to how these different inventions and ideas are looked at in recent times. Now, when surgical tools are used, astronomy is studied, and mathematical formulas are calculated, we don’t think about the real origins of such before Europe. It doesn’t come into question whether or not the Islamic civilization played a part in these developments.

Why is that? Well, once the West got ahead when given Arab translations and ideas, their resources multiplied. Suddenly the West was able to use certain inventions or study different ideas on their own, after having used up all their connections to Islamic civilizations. Nowadays, the public either doesn’t think to search for the true origins of inventions which are used in our daily lives, or in some cases they are never informed or educated about it either. Moreover, as Saliba says, “people were not looking for these connections and obviously, if you are not looking for this, you will not find it.”

For centuries Europe absorbed knowledge from Islamic civilizations. Some even say that the technology industry would be non-existent without the contributions of Arab mathematicians. However, much light hasn’t been shed on the impact of these contributions, when the credit is well overdue to Arab and Islamic civilizations. Arab and Islamic contributions to Medieval Europe were influential in a myriad of fields whether it was medicine, agriculture, music, language, education, or technology which are all used from centuries ago and to this day.