Arab Contributions Muhammad Ibn Battuta was a Moroccan scholar who widely traveled the medieval world. Over a period of thirty years, Ibn Battuta visited most of the...

END_OF_DOCUMENT_TOKEN_TO_BE_REPLACED

The Egyptian was asked some testing questions by Liverpool under-9s

Mohamed Salah is quite used to being grilled on subjects such as his future with the Egyptian national team, allegations of diving and women’s rights.

But if he thought he was in for an easy ride when faced with the questions of the Liverpool girls under-9 team, he was mistaken.

The Liverpool star, who has been absent from the international schedule this week due to an ankle injury, met the youngsters for a heartwarming video in which he even partakes in the popular “shoot” dance from the Fortnite video game.

Salah is asked about his relatively low 45 defending rating in Fifa 20 and responds: “Yes that makes sense. I don’t defend.”

The youngster replies that it is “shocking”, to which Salah says “it won’t be shocking if you watch our games”.

How much Scouse slang does Mo know? What is his best advice?

@MoSalah gets quizzed by #LFC U9s, with some UNMISSABLE responses 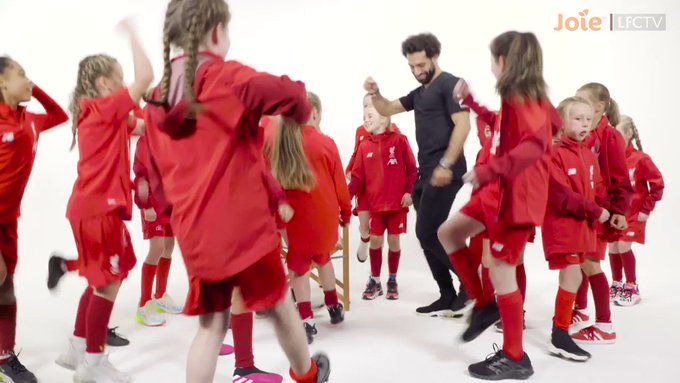 The striker is also asked about the local language, and how he felt when his daughter received more cheers for scoring a goal on the Anfield pitch than what he receives (see slideshow below).

Salah, who has scored nine goals in 17 appearances for Liverpool this season as they top the Premier League table, was seen wearing a protective boot during an Egypt training session last week, leading to fears that he may miss out when the club fixtures resume.

Liverpool are next in action at Crystal Palace on Saturday, November 23.

He has been carrying the ankle injury since being on the receiving end of a heavy challenge from Leicester City’s Hamza Choudury last month.

He posted a short video clip on his Instagram account showing him receiving treatment from a physio.