The black seed is a mystical and wonderful traditional medicine. It has been used for centuries by witchdoctors, physicians, and the global Arab community. Even if you haven’t used this miraculous ingredient, you’ve probably eaten it in your food, such as your bagels and other bread products (the seeds are usually put in the form of oil or powder and sold by many supermarkets and pharmacies). However, what is the black seed, where does it come from, and what are its wonderful benefits? 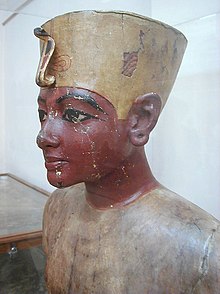 Interestingly there is no true archeological evidence for the origin of the black seed. On the other hand, there are actually sources that show that it may have originated in the Arab World. Why? This is because Nigella sativa seeds were actually found in royal sites in ancient Egypt. Even more surprisingly, the Nigella seed was found in King Tutankhamun’s tomb. King Tutankhamun is the world’s most known pharaoh due to his infamously preserved tomb filled with archeological treasures. This just shows how significant the black seed must have been to Ancient Egypt. 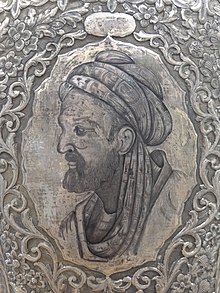 Also, Ibn Sina gave the black seed in a section of one of his medical encyclopedias called: The Canon of Medicine.

Ibn Sina was a Persian polymath who is regarded as one of the most recognized philosophers and scientists of the Islamic Golden Age. As you can see, the black seed is not simply a new type of snake oil. It’s the real deal!

Research has shown that the number of Arab Americans with asthma is actually increasing.  And it is more serious than people usually expect it to be.  Gone untreated for a certain amount of time, asthma can cause serious illness if not death. Miraculously, the black seed can help you fight against asthma! Those who suffer from it have experienced relief from coughing, wheezing, and other lung symptoms when taking black seed.  Another research study also suggested that black seed had a significant effect on asthma control for patients versus placebo.

We all desire skin free of acne and prominent pores. With black seeds, that dream can become a reality for everyone. The seed itself consists of natural anti-bacterial and anti-inflammatory properties, and is very effective against pimples, acne, and blackheads. Moreover, the black seed helps the skin to retain moisture and contains many healthy nutrients. This means it’s effective in combating wrinkles and making the user look younger!

Everyone hates having allergies, especially during spring and summertime when it’s the best to be outside. The black seed could be the answer for you, as it has been shown to reduce nasal congestion and itching of the nose. It also helps to reduce nasal drip and sneezing.

Obesity is an issue that plagues most Americans. Once again, the black seed is the answer, as it has been shown to help patients lose and maintain weight. However, this doesn’t mean food indulgence is encouraged.  For the black seed to be effective in weight loss, a diet must also be involved.

As you can see, the black seed has many benefits that can be helpful to you!  Take the time to try it and see how it impacts your life.