The Arabic Language Arabic was the language of commerce, culture, diplomacy, and science, just as Latin later became in Medieval Europe.

Film on Israeli Cuisine Says Food is Not Political 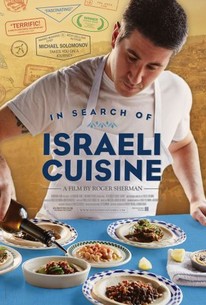 In the documentary, “In Search of Israeli Cuisine” by Michael Solomonov, a renowned Israeli chef explores the complexity and diversity that has contributed to Israel’s favorite foods.

“Yemenite, Palestinian, Iraqi, Moroccan, Russian, Turkish… I don’t even know- how many countries are represented in one place” says Solomonov as he points to several small tapas style dishes in front of him. The documentary goes on to argue that because of Israel’s immigrant and Palestinian narratives, food in the area has transcended politics and the conflict, and has created bonds between peoples.

An Israeli baker, Erez Komarovsky, was interviewed for the documentary and said that “Food is not political. It is what is grown on this land by the people who are living in it. If they are called Palestinians or Israelis, I don’t think the tomato cares”.

However, this statement coupled with calling Palestinian food “Israeli” though meant well, blatantly ignores the ethnic notions of what it means to be a Palestinian in Israel or the occupied territories. And though Solomonov might want food not to be related to politics, it is impossible and unrealistic to expect it to be so. Because food is a part of the culture and Palestinian culture is under attack in Israel, food can and does inherently become political.

Komarovsky’s statement and Solomonovo’s movie do not take into account the inequalities Palestinians face in Israel which whitewashes Palestinian suffering. By calling Palestinian food in particular, Israeli, one justifies these actions and appropriates Palestinian cultures that the Israeli government tries so hard to destroy. At the bottom of this debate is the idea of privilege and who holds it in a society. Privilege is the invisible advantage and unearned benefits which are given to dominant and powerful groups because of identity traits.

While Michael Solomonov and his associates did not consciously make the decision to participate in this cycle of oppression of Palestinians, it is something that happens automatically in privileged circles that interact with aspects of oppressed groups. The effect is the same. Because of the ethnic cleansing involved with the Palestinian people, Israeli words, and sentiments about Palestinian culture matter.

Israel has become a large hub of different cultures and peoples over the years.  But in order to handle this diversity well and with grace, society must be able to discuss the oppression and appropriation of other cultures. And if tomatoes could talk, I think they would have a lot to say about how terribly their native Palestinian farmers are treated.

If Not Two States, A Federation

The Rise of Food Delivery in the Arab World