Oh moon ( you're beautiful as the moon)

END_OF_DOCUMENT_TOKEN_TO_BE_REPLACED

The Arab world we know today has several different regions, different people, and different cultures. What they have in common are the main empires which ruled what is known as the Arab world today. In fact, history’s most notable empires were centered in the Middle East. Powerful and advanced in all things war, government, culture, and technology. 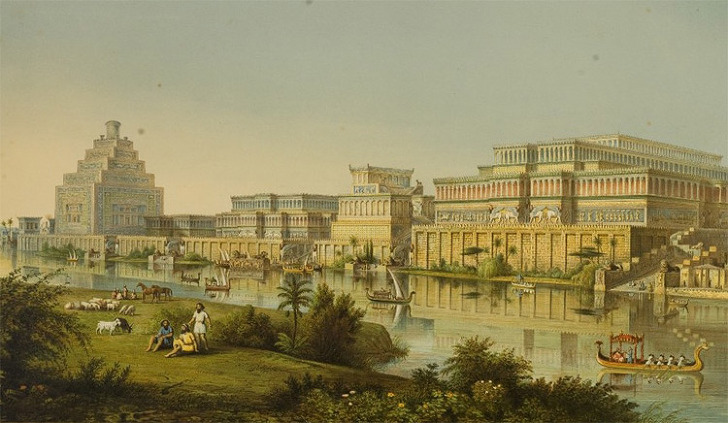 The Assyrian empire which expanded for about 300 years, from 900 to 600 B.C. ruled the Middle East and is now known as Iraq, Turkey, and Syria. Assyria acquired a large empire where they developed a well oiled military machine, having some of the most developed war tactics yet. They conquered and ruled Mesopotamia, Egypt, and some parts of today’s Turkey, Iran, and Iraq. The Assyrians were always known to have the most powerful military force of its time, not only was their establishment well organized, but technologically advanced for its time. Assyrians conquered lands by weakening city walls, preparing soldiers for war, and overcoming city defenses. Soldiers had armor and iron weapons, which was an advancement since previously bronze weapons were used. Assyrians also made several contributions to government and culture by establishing a system of governors which would report to the King. They are also well-known for their impressive libraries and resources. However, the Assyrian’s best traits and highly advanced war tactics actually caused their downfall. Their downfall was caused by harsh tactics during wars and even after conquering the land. This caused their enemies to revolt, combined with a larger army which eventually took over the Assyrian empire.

The Achaemenid Persian Empire lasting from 553-330 BCE is most known for their leader, Cyrus the Great. Cyrus the Great who ruled from 557-530 BCE overthrew many Middle Eastern empires, expanding his own empire and creating a big influence throughout the Middle East, adopting the customs of conquered people. The Persian empire had 23 different divisions of the empire itself, with regional rulers in order to maintain control of each division known as a Satrapy, and the administrator the Satrap. The Achaemenid Persian Empire became well-known for its ability to govern many people and having great control over its empire. Furthermore, the empire had a large and highly skilled army and navy, religious toleration between people, hundreds of ethnic groups and an organized postal and currency system.

The Umayyads are known for taking control over the Muslim empire, by war and invasion. It expanded into North Africa and the Iberian Peninsula, known now as Spain and Portugal. The empire was officially established as a new dynasty after defeating the armies of Caliph Ali, Muhammad’s cousin. The Umayyads ruled from Damascus, ultimately taking Arab power out of Arabia and creating a long-lasting Arab presence throughout the Middle East. The Umayyad was also known for their successful government, run by a bureaucracy. Umayyad’s had a system of departments which would carry out the work of the overall government. Caliphs appointed people known as emirs who relied on local leaders to help them govern certain areas. This system of bureaucracy is what helped the Umayyads win support in lands far from Damascus. Overall the Umayyad empire was well unified, making Arabic the official language, creating a common currency for the empire, and unifying Muslims throughout.

The Ottoman Empire is probably the most well-known of them all. It’s a major empire that started in present-day Turkey, covering Greece, the Balkans, and parts of North Africa. The Sultan, is what the Ottoman empire is known most for, their king, known as the rightful ruler and leader of the Islamic world. The Ottoman Empire reached its peak during the 16th century when the Turks were good soldiers, administrators, and rulers of their empire. Another great ruler Suleiman the Magnificent built the Ottoman empires strong navy, becoming the strongest power in the Mediterranean. The empire overall consisted of master builders, artists and poets, beautiful mosques and palaces, and major achievements in literature and history. The Ottoman empire was full of life and culture and ruled the Arab world we know today until it’s decline around the 17th and 18th century when Sultans became too focused on the luxuries in life rather than ruling the empire to a certain standard.