Independence Oman is the oldest independent state in the Arab world.

This Arab Teen Got the Whole World Jammin' to His Beat, 'HaDal Ahebek' 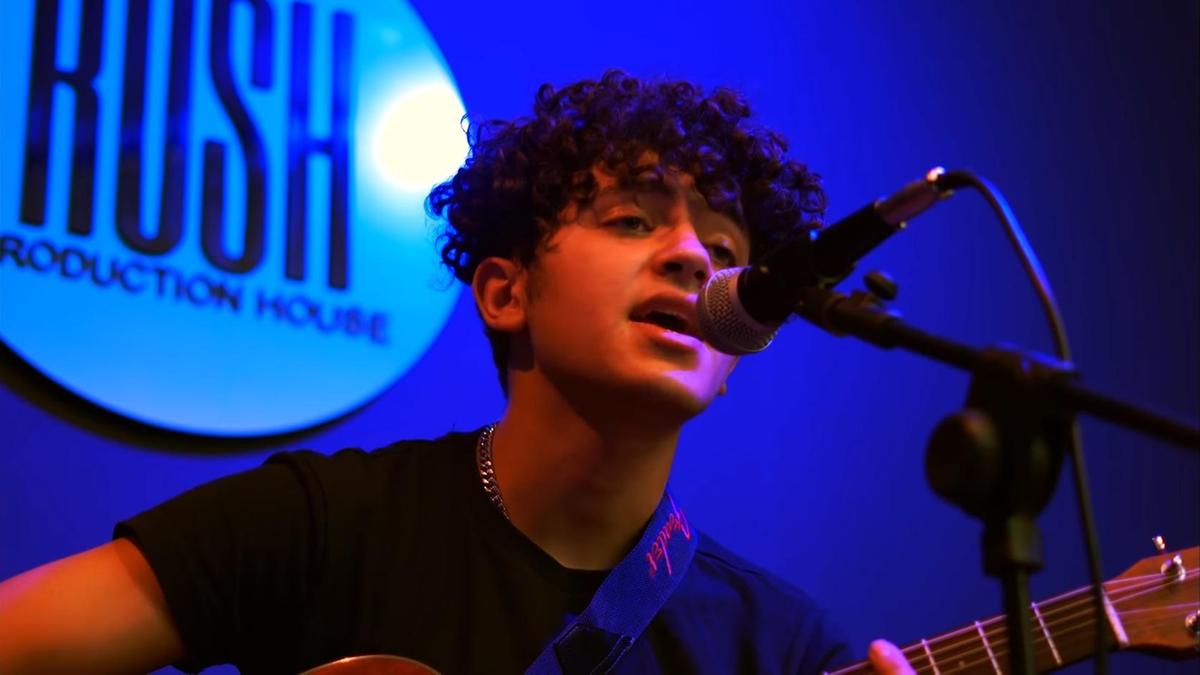 Despite all the difficulties the world is passing through with the pandemic, and especially the Arab World woes due to Covid, as well as other obstacles, the talents never fail to impress and surprise us. A 17-year-old Arab teen is currently making history with his newly released song that’s spread on social media like wildfire. His song, HaDal Ahebek, has been an inspiration to admirers of his work, such as artists like Shawn Mendes, Ed Sheeran, and The Weekend.

Issam Al Najjar, a guitarist, songwriter, and singer, is paving the way for a totally new generation from the Arab World and North Africa to take over the global music scene. Such talent is definitely showing his generation that they are capable of “reaching for the STARS!”

Coming from Amman, Jordan, Issam has been making music for a couple of years now. Al Najjar’s life is private, as he did not disclose any information about his family, love relationships, or ethnic background yet.

The anticipation of his work grew after dropping a teaser on his official Instagram page. After the song’s release, its spread exceeded his expectations. He only expected a small number of viewers; surprisingly, it grew to 100K in only one week. HaDal Ahebek is being streamed in different countries, including the United States, UK,  Saudi Arabia, Malaysia, and India.  It was the most searched track on Shazzam, a music discovery application with 1.7 million hits.  Not only that, but the TikTok hashtag #hadal_ahebek came up with more than 300 million results. HaDal Ahebek is one of the most-streamed songs on Spotify, with more than 30 million streams. The track currently sits on the top spot of the platform’s Global Viral 50 – a chart measuring how songs are shared on the platform, blogs, and social media. While on YouTube, Hadal Ahebek’s music video has achieved more than 17 million streams and 6 million views. His YouTube channel has only four songs, with HaDal Ahebek being one of the two original songs.

What does Ha Dal Ahebek mean and why is it special?

HaDal Ahebek translates to “ I’ll keep loving you” in  Arabic, and it’s an ode to friendship. While he was explaining why it hit and resonated with so many people, he mentioned that during those hard times, and especially with Covid19, the song gives a sense of hope and good vibes.  Those vibes and positivity reached the ears of the top pop music industry personalities. The song has a catchy yet simple chorus featuring a hummable arrangement that is guaranteed to get stuck in your head when you hear it.

The Global Viral 50, Slaiby, and The Weekend reached out to Al Najjar on Instagram after being fascinated by the song. Not only did they reach out to him, but Spotify has collaborated with Issam Al-Najjar as its latest RADAR artist in the MENA region. This  partnership will see the global chart-topper collaborate with Canadian music production and DJ duo Loud Luxury and Iraqi-Canadian singer and songwriter Ali Gatie to release “Turning Me Up.”  Najjar mentioned that his whole career life changed after collaborating with Loud Luxury and Ali Gatie, and he found it insane that they are revisiting his song. The new revisited song is now being streamed on all services.  Also, they sped up the tempo and added a dance-ready house beat. Al Najjar tapped Iraqi-Canadian singer and songwriter, Ali Gatie, to deliver an undeniable guest spot, elevating the song to a whole new level.

After getting all this success in only a few days, Al Najjar is truly paving the way to a new life-changing career, which gives a leap of hope to the Arab youth looking for a better future in the music industry.