Horses The Omani people are known for raising some of the best Arabian horses.

Bahbah: Will the P.A. and the Abraham Accords Crumble Under the Policies of Israel's Most Right-Wing Government?

History will corroborate that Israel’s new right-wing government will have a detrimental effect on the survival of the Palestinian Authority (P.A.), the peace process, and the fate of Israel’s crown jewel of diplomatic success – the Abraham Accords.

However, this assessment is not shared by the United States. In a January 10th interview with Kann TV, Tom Nides, the U.S. Ambassador to Israel, described Israel as a “thriving democracy.” He stated that U.S. support for Israel is “unbreakable” because the two countries have “shared values.” He also expressed his confidence in Benjamin Netanyahu, whom he described as firmly in control and can be completely trusted. The ambassador said he would not “boycott” any of Israel’s ministers – including those who are racists and terrorists.

Such an endorsement by the U.S. Ambassador, of the most religious and ultranationalist Israeli government, is perplexing indeed.

While tens of thousands of Israelis have been demonstrating against their new government’s policies, Ambassador Nides is gushing with praise when discussing the same government. The new government launched its first attack on Israel’s judicial system. This government wants a more significant role in selecting sympathetic Israeli Supreme Court justices and the ability to overturn its rulings by submitting some of the court’s decisions for approval in the Knesset.

It is crucial to note that Israel’s new government includes a racist, a terrorist, a convicted felon, and a minister who, at 18, was prevented from serving in Israel’s military because they deemed him “too dangerous.” And, to top it all, it is a government headed by a thrice indicted prime minister.

This government’s policies will have a substantive impact on two of the most critical issues confronting Israel – the fate of the Palestinian Authority (P.A.) and the peace process on one hand, and, on the other hand, the Abraham Accords – an umbrella vehicle intended to expand Arab countries’ relations with Israel.

The package of coalition agreements that led to Israel’s new government is already laying the groundwork for a stormy beginning to the country’s most religious and right-wing government in history. The agreements, which call for expanding settlements in the West Bank and legalizing existing prohibited settlements, will indisputably lead to a significant clash between Israelis and the Palestinians throughout the area historically known as Palestine. The viciousness of the coalition agreements could lead to the possible collapse of the Palestinian Authority and fundamentally alter or freeze diplomatic relations between Israel and members of the Abraham Accords.

In the second week of January, the Israeli government announced punitive measures, which Netanyahu said were a “response to the Palestinian Authority’s decision to wage political and legal war against the State of Israel.” The punitive measures included withholding as much as 30 percent of taxes duly collected by Israel on behalf of the P.A. based on the May 1994 Paris Accords.

Israel’s withholding of Palestinian funds, in violation of the Paris Accords, doubles the monthly deficit that faces the P.A. If collected in full, the taxes collected by Israel and those that the P.A. collects on its own leave the P.A. with a monthly deficit of 25 to 30 percent. This deficit was covered for a while by donor countries. When funds from foreign countries mostly dried up, the P.A. began borrowing from local Palestinian banks until the banks could no longer lend the P.A. funds.

The Israeli-collected taxes on behalf of the PA represent 75 percent of the P.A.’s revenues. With a widening deficit, the P.A. has had no choice but to withhold or pay partial salaries to its employees and cease many of the development or infrastructural projects. To add insult to injury, Israel’s new government ordered the complete freeze of building permits in Area C, a land area equivalent to 60 percent of the West Bank that is under full Israeli control. 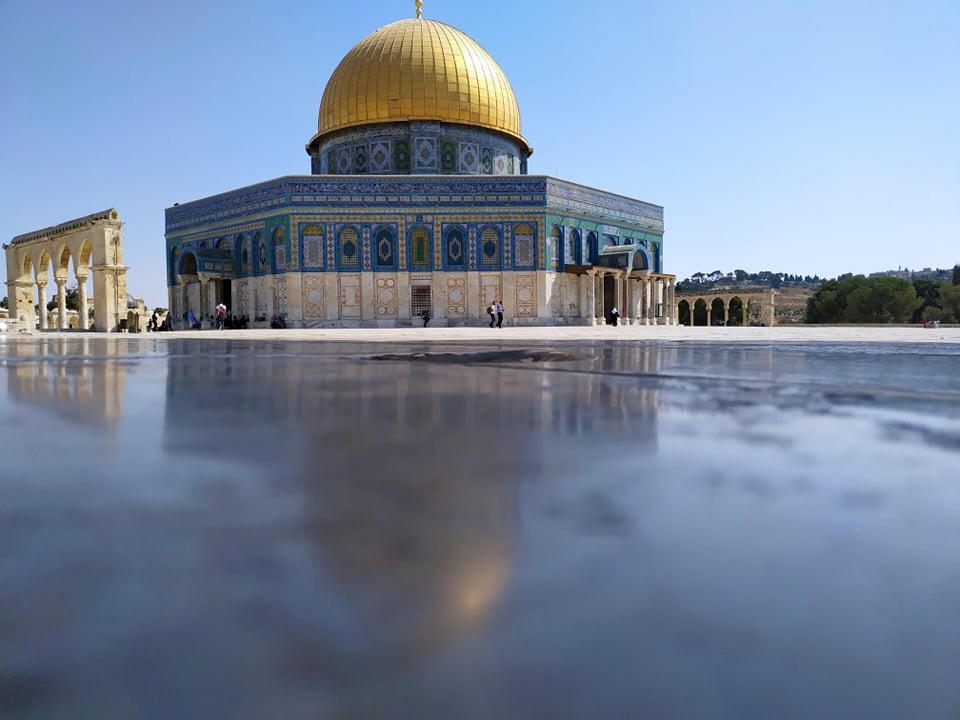 It only took a few days after swearing in the new government for Israel’s national security minister Itamar Ben-Gvir to visit the Haram al-Sharif compound of the Al-Aqsa Mosque. Such a visit required Netanyahu’s formal permission. Palestinians, the world community, and the United States view the visit as provocative. In the past, such moves by Israeli ministers have led to bloody violence between Israelis and Palestinians. In one particular case, it ushered the second intifada following Ariel Sharon’s September 2000 visit, during which hundreds of armed riot police accompanied him.

Netanyahu’s decision to allow Itamar Ben-Gvir, the racist minister and follower of the convicted terrorist Meir Kahane, to visit and stroll around a section of the Haram Al-Sharif/Al-Aqsa Mosque compound was universally seen as a provocative act by a minister in Israel’s government. Days later, the UAE, a member of the Abraham Accords, announced that Netanyahu would not be received in the UAE, blaming “logistics.”

On top of that slight, the UAE and China, two of Netanyahu’s much-vaunted friends, bluntly reminded him that their affection came with strings attached. The two countries called for the recent U.N. Security Council meeting that focused on Ben-Gvir’s controversial stroll in the compound of the Dome of the Rock.

The Israeli government has begun restricting the movements of senior P.A. officials by denying them exit permits to travel on business. Additionally, the new Israeli government is determined to harass both Palestinian and Israeli human rights organizations in order to silence the criticism of Israel’s oppressive policies in the Occupied Palestinian Territories.

These straitjacket policies will indisputably diminish the P.A.’s ability to function as a government and meet its obligations toward its citizens. The P.A.’s ability to control the security situation in the West Bank will shrink to the point that violence could return to the streets of West Jerusalem and Tel Aviv. And, if teachers, health workers, and other government employees do not receive their salaries, they will rebel and rise against both the P.A. and Israel’s occupation.

The P.A. should do the honorable thing and dismantle its operations in the Occupied Palestinian Territories as well as relocate to another Arab country and conduct business the way the PLO managed before the Oslo Accords. According to international law and the Geneva Conventions, Israel would have to assume the occupiers’ responsibilities and provide for Palestinians under its occupation if the P.A. collapses or folds up. Israel’s obligations would stretch from garbage collection and health services to providing an educational system and paving roads. The burden of Israel’s occupation and the loss of security cooperation with P.A. forces would force Israel to face instability and potential violence on all fronts – the Gaza Strip, East Jerusalem, and West Bank. Arab countries that are members of the Abraham Accords will be scrutinized and criticized for maintaining ties with Israel.

Once thought of as the next signatory of the Abraham Accords, Oman announced that it had criminalized relations with Israel since Netanyahu’s election – a significant blow to Netanyahu and his Abraham Accords.

Netanyahu stated that one of his government’s primary foreign policy objectives was establishing ties with Saudi Arabia. Crown Prince Mohamed bin Salman (MBS) could not and would not defy his father, the king, by establishing relations with Israel before it returned to occupied Arab lands and allowed for the establishment of a Palestinian state on lands occupied by Israel in June 1967.

The fate of both the P.A. and the Abraham Accords hinges primarily on Israel’s actions in the occupied Palestinian territories. The world is not as forgiving and generous as U.S. Ambassador Nides, who describes Israel as a “thriving democracy” with “unbreakable” U.S. support because of the two countries’ shared values. Ambassador Nides should go back to Wall Street. The walls of Jerusalem are too high for him.

Prof. Bishara A Bahbah taught at Harvard’s Kennedy School of Government.  He was the editor-in-chief of the Jerusalem-based Al-Fajr Palestinian newspaper and served, with self-admitted failure, as a member of the Palestinian delegation on “Arms Control and Regional Security.”  He currently contributes on a regular basis to 15 newspapers and media outlets.

The views and opinions expressed in this article are those of the author and do not necessarily reflect the position of Arab America.

The reproduction of this article is permissible with proper credit to Arab America and the author.

The Struggle for Black and Palestinian Liberation: Political Prisoners in Palestine and Turtle Island

A Zebra at the Mercy of a Jury of Hyenas: "Rifqa" Reviewed

Mouloud Said on The Human Face of the Western Sahara Conflict